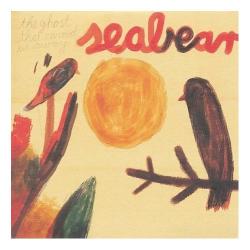 The Ghost That Carried Us Away

Iceland, for its size, relative placement in the middle of the North Atlantic and its small population, has done a remarkable job of producing excellent music. Sure, its really Bjork and Sigur Ros that has made the tiny country famous, but you don’t have to be a slightly crazed chanteuse prone to wearing waterfowl or make up your own Tolkien-like language to make your name in modern rock anymore. Seabear might just be the sort of band Iceland needs to remind people and great pop music is made in the remote land, bringing Iceland into the land of Jens Lekman, Cats on Fire and the other emerging pop stars of Scandinavian.

The Ghost That Carried Us Away is the debut album by the seven-member group (that, incidentally started as a one man show that seems to be collectively members as it rolls along, not including the 2 honorary members of the band). I suppose the best way to characterize the album and the band might be to think of them as your liberal arts boyfriend, sensitive and caring, the sort of 7-member band you want to cuddle with on the couch. Seabear tackles the same gentle pop of Belle & Sebastian and Math & Physics Club but with more vim and vigor than the former and less of the faux-English pretensions of the latter. Instead, you get a wonderfully delightful and refreshing album that will enchant the sweater and All-Star-wearing kids from coast to coast.

You just have to take a taste of “Cat Piano” and you know what I mean, the song is cool breeze on a summer day, with its rich melody and distant vocals. “Hospital Bed” is much the same, but instead we find harmonies and violins populating the countryside. Seabear creates something like an echo of a far-away memory on “Hands Remember,” a stunning ballad that would make Galaxie 500 wish they recorded it. The dark humor of the band is evident on the melancholy “I Sing I Swim,” where they sing "you left your winter clothes and teeth marks in my skin,", all wrapped up in pop melody, while “Owl Waltz” not only has a waltz rhythm and hooting, but playful handclaps. However, the real gem of the album might be “Arms,” a jangly and infectious song driven by violin, banjo and brushed drums, creating the best Belle & Sebastian song that they never recorded, simply melancholy and wonderful. Seabear turn towards a darker sound on “Lost Watch,” which is more stripped down and mellow. “Summer Bird Diamond” moves their sound more towards Gomez and is as close to “rumbling” as Seabear might get, but still maintains the delicate and fragile sound of the band. The album closes on “Seashell,” which could be considered “Arms” older sibling, with a more developed arrangement driven by guitars and violins. The song slowly picks up pace as it builds to a crescendo and everyone shows up on deck.

Seabear is under most people’s radars stateside so far but The Ghost That Carried Us Away should change that quickly. The album is remarkably unpretentious and invigorating in a genre that can tend to get bogged down with the weight of its own melancholy. Seabear seem to avoid this pitfall and instead just let the music flow effortlessly, combining gorgeous melodies with rich textures to create one of the lost gems of 2007.