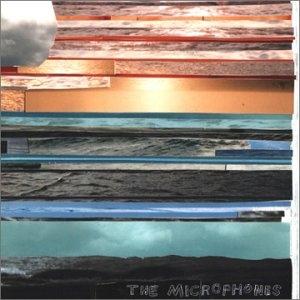 "The Glow" by the Microphones

"The Glow," track four off the Microphones' It Was Hot So We Stayed In The Water starts off with Phil Elverum's whispered, wavering vocals. "The glow came down from the hill, followed by snow," he sings, followed by a lengthy a capella section of reverb-soaked falsetto "oohs," metaphorizing the lyrics in an unsubtle fashion, reminiscent of the freak-folk musical theatre for which the band is known. The production is charmingly lo-fi — and the smooth tape hiss in the background is as important to the song's identity as the vocal melodies or droning organs/accordians. Using production as an instrument in and of itself in the mix, the very aesthetic characteristics of that production defines the band's sonic profile: warm analog goodness in a cold digital world.

At around the four min mark, the song fades into whispered female vocals, sharply punctuated by a vocal eruption from Elverum and tube-saturated drums. An extended, dirty jam ensues, replete with growling distortion of some kind — mangled by anlog devices to the point of being beautifully indecipherable. While basking in sloppy edginess, the song manages to maintain a really disarming grace beneath the sonic pyrotechnics — whether it be in the form of a mumbled vocal phrase or the underlying droning organ note holding down a constant in a blizzard of dirgy, reverberated muck. It's pretty nice out today, but it's gotta be snowing hard somewhere.