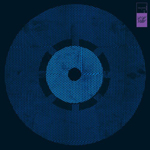 Sometimes it's easy to overlook Scandinavia, all tucked away up there. But if you saw the Eurovision 2006 winner from Finland (Lordi), then you know that some sinister stuff goes on in near the Arctic Circle. Just in case we weren't aware of the dark side of Scandinavia (thanks to the efforts of Abba and Ace of Base), The Knife jettison their cute pop side (made semi-famous when Jose Gonzalez covered their European hit "Heartbeats") and become something of nightmare, taking equal parts Björk, Aphex Twin and early Ministry to produce the menacing Silent Shout.

It's hard to really know where to start with Silent Shout, the second full length (and first one released in the U.S.) by the sibling duo from Stockholm. If you listen to it by yourself at night, it appears to be the living embodiment of nightmares, chock wall to wall with minor chords, twisted notes, distorted vocals, and shrill sounds that crawl under your skin like so many insects. It almost becomes hard to really make generalizations because it becomes such a paranoid journey to sit down and absorb the album as a whole. Rarely outside the likes of Ministry or Nine Inch Nails and their cohorts has a band constructed their own Inferno for us to visit. The best quintessence of these phenomena is "We Share Our Mothers' Health," a track so disturbing yet impossible to turn away from. They take what sounds like malevolent steel drums and lace them with some of the most wicked, thick synthesizer lines this side of Orbital. When you then add the Cardigans-meet-Satan vocals between the siblings, not only does it make "We Share Our Mothers' Health" into an irresistible — albeit menacing — gem, it also scares the bejesus out of you.

The Knife take us back to early Depeche Mode circa Black Celebration on "Neverland," with a driving beat and thick synthesizers that have the heaviest 1980's sound of anything on the album. However, this isn't the most dominant influence on the sound of Silent Shout. There are some pretty clear Björk influences on Silent Shout, especially on "Marble House" that harkens to Vespertine, combining incredibly catchy tunes with a melancholy mood. "Like a Pen" is much more in line with Björk's debut sound, with a clear club influence underneath the equally sinister vocals. To close the Björk trio, "Still Light" uses vocals elements as instruments very much like the Icelandic singer's most recent Medúlla and closes the album like a blurred epitaph in an abandoned cemetery.

Maybe it's the eternal dark of the winter in Scandinavia that engenders such sinister and twisted songs. The title track and "From Off to On" are more restrained, with dancing synth lines that back the snarled, intertwined vocals of Olof and Karin. These more subtle songs add depth beyond the industrial dance that dominates Silent Shout Some of it goes even beyond, venturing into truly bizarre Kraftwerk territory, such as "The Captain," which slowly builds synth line after line until what can only be described as the Chipmunks afterlife take the vocals. In what is probably the most outlandish song on Silent Shout, "One Hit" has the oddest tribal chorus that is connected to the by twisted and disturbed vocals and lyrics that cover topics ranging from the Corleone Family to breastfeeding.

Whether they know it or not, The Knife have created a post-modern industrial classic. It lacks the overbearing morbidity and guitar thunder that weighs on most industrial. Instead, Silent Shout might best be seen as a Scandinavian Pretty Hate Machine minus all the self-loathing (and dated production). The Knife breathe life (which is on odd phrase to use with this) into a genre that seemed to be floundering in the death-throes of Trent Reznor's bloated Nine Inch Nails and the remains of Ministry. Instead, Silent Shout is able to combine the club music of Europe with what must be the warped sonic landscapes of Scandinavia. It captures an eeriness not heard since some of Aphex Twin's Selected Ambient while at the same time creates what can only be called "pop songs," if pop does indeed exist in Dante's afterworld.