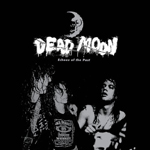 Echoes of the Past

If you love your rock and roll dark and heavy yet accessible, full of Mojo Rising and Ex-Catholic Voodoo and biting power chords and Charlie-Watts-on-speed-drumming, there simply is no better Northwest band than Portland's immortal Dead Moon. The band is so consistently great, it's a criminal shame that they're rarely mentioned as the Geist behind the "Seattle Sound." This gluttonously, Caligula-generous, near-50 song double CD is my favorite ode to the too-necessary-to-forget past since, well, Sub Pop also put out that fantastic Radio Birdman compilation in 2001. Dead Moon's first release since their excellent 2004 album Dead Ahead, it's a great place for the beginner to dig in — and the already converted to be buried.

Fred Cole and his wife Toody go back together to the mid-60s, and before that Fred was already a part of Northwest rock history with The Lords and their chilling 45 "Ain't Got No Self-Respect." Fred and Toody headed up The Weeds, inspiring punk and garage bands till they hooked up with sniper tower precise drummer Andrew Loomis, and their intense musical interaction is as infectious as it is disturbing.

Fred sings and howls and pleads like a more despairing and less eggheaded Dave Thomas of Pere Ubu, but with far more sensitivity and real sack. Toody is Exene Cervanka, but more melodic and less shrill (and I know that's going to piss you X fans off, but suck it up and bring it on). I would trust this depraved power trio to tuck me into their cigarette-burned couch after sharing a full bottle of Jack Daniels with; they're capable of talking good politics (the oppressed get up for the fight in "Johnny's Got A Gun") as well as good music ("I was a poor boy, singing along with Jerry Lee records, trying to get my moves down" on the deliciously self-lacerating "Poor Born" ).

I swear by all the gods and devils wrestling for each of our souls (and hiding our car keys when we want to leave the party) that Echos of the Past will be remembered as one of the greatest band retrospectives of all time. It has come due for underground rock fans to finally inhale the black cloud of intoxicating incense that is the sublime Dead Moon. Not afraid to be funny, bold in their depression, pissed off at everything, finding faith in kicking up a tight, morbid ruckus, this evil twin compilation might inspire as many people as the 'Nuggets' double from Lenny Kaye back in the day. I'm not kidding.