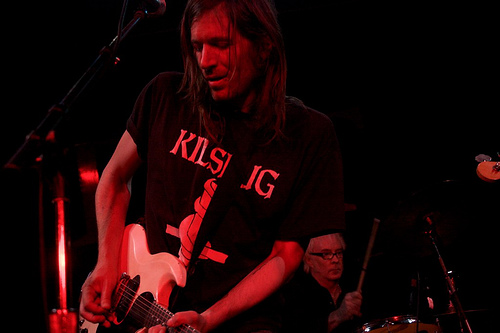 The Lemonheads at the Tractor

As I mentioned before, I’ve been a Lemonheads fan for about 17 years, and had never seen them live. I was bursting with joy entering the Tractor on Friday night, not realizing that I’d end up nearly in tears by the end of the night.

I caught the last half of Army Navy, who were not fantastic but not offensive and somewhere in the realm of Fountains of Wayne. I had no idea they were so huge, but there were gaggles of middle aged women standing up front and singing along. 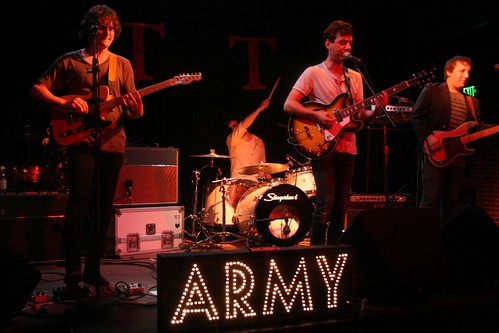 I managed to snag a spot directly front and center for the Lemonheads and then we waited. And waited. And slowly, guitars came on stage, other band members came up to tune. And then more waiting. Finally, the set list was brought out, and because I’m a nerd, of course I looked, and I wished I hadn’t. If I didn’t know what songs were coming up next, I probably would have faced less heartache. 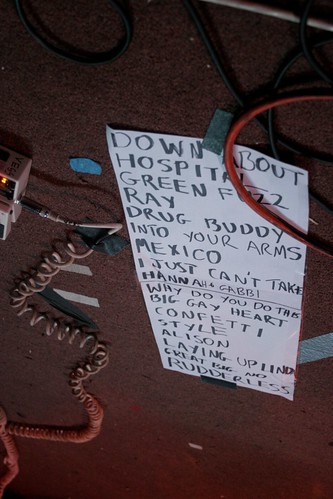 After probably about an hour of waiting, finally they took the stage. I tried to be hopeful, but Evan Dando looked terrible. Long, stringy hair, probably hadn’t showered in days, and his belt was the belt of a blue terry bathrobe, similar to one my mother had when I was growing up. They launched into “Down About It”, one of my favorite Lemonheads songs (even though it’s a Smudge cover), and by the second half, Evan had forgotten all the words. After finishing the just over 2 minute song in record speed, he decided he wanted to play it again. And that’s when I knew this was going to be a rough show.

Everyone knows that Evan Dando has struggled with addiction for his entire career, but the last time the Lemonheads were in Seattle, he seemed clean, or a least cleanish. Well enough to finish songs and crack a few jokes on KEXP (a session I was lucky enough to catch, and before this show, my only live exposure to Evan Dando).

At the Tractor, stage banter was replaced with such noxious feedback so loud that I wondered if this is what it was like to see My Bloody Valentine at a small club. I was deaf in my left ear by the end of the night (and most of the next day). Songs like “My Drug Buddy” and “Style”, both about struggling with addiction and not wanting to anymore, sunk deep with me, making me choke up, as I watched him sing lines like “There’s still some of the same stuff we got yesterday” and “Don’t wanna get stoned/but I don’t wanna not get stoned” because I could feel that these were daily afflictions for him.

And then there was his voice. Evan Dando has one of my favorite voices of rock and roll, but it seemed gone and sparse. He could barely hold out the wails he’s often penned into songs. There were moments of clarity with his voice, which sounded beautiful on songs like “The Outdoor Type” , “Frank Mills”, “Being Around” and “Favorite T”, which he played solo, after walking off and on the stage no less than five times, only to return to try and salvage the show. Even when playing with his band, Dando would often start a song, only to stop it five seconds later, promising his bandmates and the audience that he’d come back to it. (This is where I wish I hadn’t seen the set list.) Even solo, he’d start a song, even start singing it, and realize he couldn’t play it anymore, which he did with my all time favorite Smudge song, “Impractical Joke”, (one that I’d never even heard of him covering before), feeling that if he could just play this one song, everything else would be forgiven. But of course, he stopped after a few bars and that sinking feeling crept back.

The audience seemed incredibly supportive, all of us singing along, trying to hide that worried look in our eyes from Evan, worried that if he saw it, he’d fall apart even more. The only band member that seemed to notice was their bass player, whose name I unfortunately don’t know, seemed to be keeping Evan from falling apart, suggesting that they come back and try to play a song later (some of which they came back to, like “Big Gay Heart” and “Great Big No”, and some of which were lost forever like “Hannah and Gabbi”). I wanted to walk up to him after the show and give him a hug; tell him he’s a saint for taking care of Evan. Instead I walked to the ladies room, and in line asked the other women if they’d thought the show was as depressing as I did. Most of the women tried to justify it, saying how amazing it was just to see Evan Dando perform live, but one woman caught my eye and just nodded her head slowly and sadly. If that performance had been by any one but someone like Evan Dando, we would have all walked out (but instead, only half the audience had by the end). I left incredibly depressed, remembering the story of the last time Elliott Smith had played in Seattle, how he couldn’t finish a single song, and feeling fortunate that I’d witnessed this show (at least Dando finished most songs).

Of course, none of this changes my love for the Lemonheads one bit. And when Dando was on, he was on, and it was great to hear some of those songs live after singing them loudly in cars for the majority of my life, but, Evan Dando still broke my big {gay} heart. 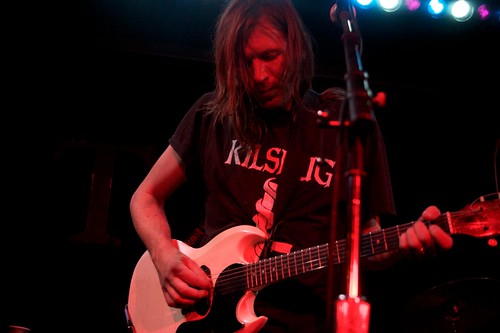 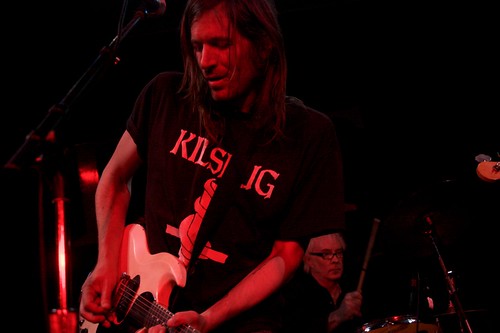 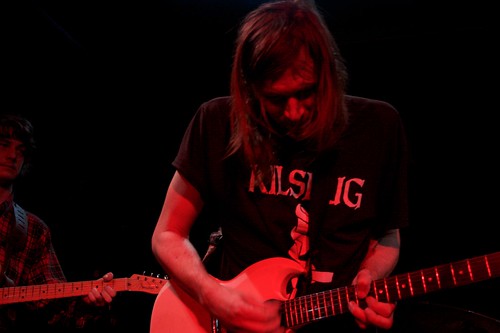 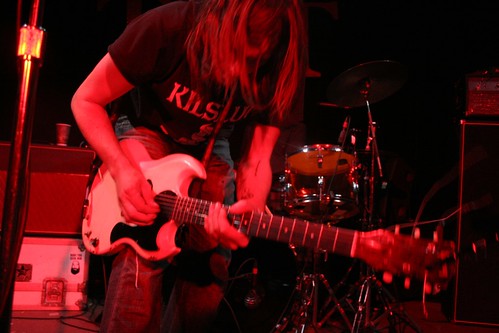 Check out more photos in the indie pop flickr pool.