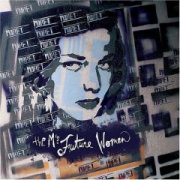 On Future Women, Chicago's The M's layer a sound rich with the melody and grit that makes indie-rock so delectable, thus making the M's incredibly attractive to anyone sick of the Splenda-soaked not-KEXP radio norm.

The record's first track, "Plan of the Man," starts off with the power of raw garage punk and the catchy hooks of Seattle's own The Catch. The mix is layered beautifully, masterfully recorded to make The M's execution just about as good as it could possibly get.

Overall, this defining rock band makes good on the hundreds of songs they've recorded over the past few years, following up their 2004 self-titled debut, which Rollingstone likened to the Kink's triumphant Something Else, with what has to become the vintage dreamy sound The M's have been searching to find over their various recording sessions. Being that it's also their debut for the well-respected and eclectic Polyvinyl records, we have to assume only good things to come from the Chicago sound.