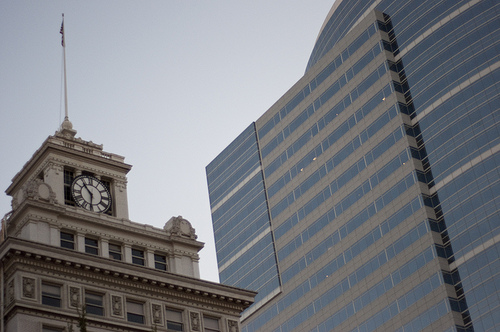 There's still time to get to Portland for MusicFest Northwest this weekend!

There's still time-a-plenty to get your Friday donewith and head on down to Portland for this year's installment of what's quickly becoming our favorite regional city-wide music festival, MusicFest Northwest. For four sweet nights (well, five technically, if you count the goings-on around town that started Wednesday) some of the best local and national-worthy acts sweep in and take over our hip sister city. There's a little something for everyone, and we can state from direct experience that you will have a hell of a weekend should you make the venture down south! The price is reasonable (although we can't recommend the line-skipping VIP wristband privileges enough), the city is bikeable, driveable and parkable, and there's plenty to do in your late-late off-hours around town to keep things… well, let's just say 'entertaining.'

Sleep in, fill your sunny days with KEXP in-studios at the Doug Fir {full lineup available here}, and get your nightlife on at our recommended {** = MEGA recommended} shows below — scheduling conflicts included: 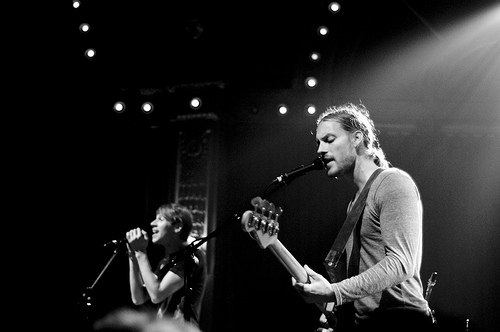 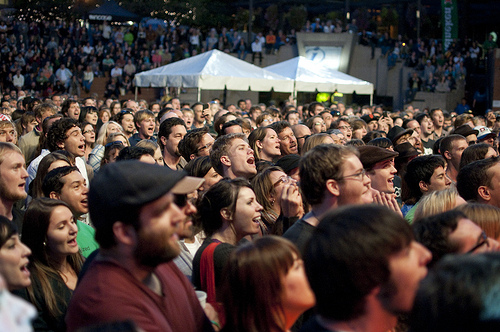 Then, close the day out Sunday with a punch of shows at Pioneer Courthouse Square, headlined by none other than long-standing imaginary favorite Band of Horses. {Do we even need to ** this one for you? Seriously.}

So, you've got your own schedule mapped out, right? Great. Get your dayjob work done, head out early, stop home and throw a toothbrush and some t-shirts in your messenger bag, and get your selves down to Portland in time for tonight's sets. And if you're already there, go get your lounge on over at the Doug Fir while you make plans for how many shows you can fit on your dance card tonight!

Make sure to tell us all about it come Monday, you hear? Have fun, everybody!

{Photos of Pioneer Courthouse square and Menomena from MFNW 2010 by Victoria VanBruinisse.}