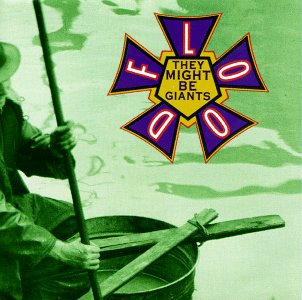 They Might Be Giants may be the most imaginary of bands. Imaginary Liz is a super-fan who even got to interview one of the two Johns, John Flansburgh in one of my favorite TIG interviews ever.

What I love about TMBG is the randomness that comes with every one of their live shows. I’ve seen them in bigger venues (The Paramount) and smaller places (EMP’s Sky Church) and on Tuesday night they are continuing “Play your most influential album(s) week” in Seattle* with their first (and I think only) platinum album, Flood. While I’ll miss the unpredictability of their sets (they have almost thirty years of songs to pull from a hat to play), Flood is a really great album with a lot of favorites, like “Istanbul (Not Constantinople)” and “Particle Man”. Their shows are plenty wild – they turned that packed Paramount crowd into the largest conga line I’ve ever seen.

{“Play your most influential album(s) week” in Seattle kicked off on Sunday and Monday with Devo playing Q: Are We Not Men? A: We Are Devo and Freedom of Choice respectively; TMBG plays Flood on Tuesday and Thursday and Friday has Pixies playing Doolittle both nights.}