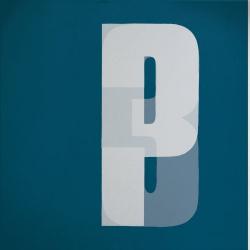 Sorry, not spoilers about the album. Well, maybe a bit, but what I meant is that there will be spoilers. For 'Battlestar Galactica'. Maybe.

Trust me, it will make sense.

Sometimes you begin to wonder whether something has just completely disappeared if they vanish for a long period. Maybe they're just dissolved into the ether, never to return. However, they could also just be lurking, lingering and recreating themselves to become an even more devastating force, and just when you begin to let your guard down, suddenly there are nukes flying everywhere, 99% of the population is dead and you're left wondering how you didn't see it coming. And even before the first wave is over, you've discovered that they're become even more deadly, more seductive and more dangerous that you could have possibly imagined.

For all you nerds out there, you know that this pretty much describes the Cylons, the robots made by man who rebel against their masters, disappear after the first war only to reappear 40 years later to take their wrath out on the Colonies. They started as coldly robotic, machines, dark, sinister and mysterious. They return so much more, spending their years of exile adding a layer of "humanity" that only makes them more destructive than before and leaves you not knowing which way to turn. This can, also, describe the evolution of Portishead, the legendary British band that has been gone for the last 10 years, at times seemingly for good, but now they've returned as something new but something entirely familiar you can't be sure what you are listening, just that no matter what it is, you're doomed.

Third is a remarkable album. Portishead's previous studios albums, Dummy and Portishead, are bellweather discs in trip-hop (and modern rock in general), albums that are so textures, atmospheric and above all, chock full of metallic despair. In a sense, after the decade hiatus of the band, you might actually have been surprised if they returned in the same form. It would have been too simple, but how can you predict the evolution of a band that has vanished from the face of music? From the moment that the static that starts Third begins to clear, you've realized that something wondrous and horrifying has happened: Portishead has gained humanity, gained corporeal form that defied your notions of the band. Yes, at their core, they are Portishead, but suddenly they are so much more.

I almost don't know where to start in trying to discuss Third, musically. "Silence," the opener, starts with rolling drums, strained guitars and strings that are unmistakably Portishead, but also nothing like you're heard from them before. It is the organic nature of the sound that is deceiving, raw and unfinished but at the same time meticulous and seductive. The song rolls along, "where is Beth?" you wonder, "what has happened to Portishead?" you think. Then her voice appears out of the nebula, as fragile but powerful as ever, a hybrid of humanity and machinery, and impossible to ignore. You think that they're returned to their previous form on "Hunter," but suddenly they cut through their sound with a buzzsaw, trilling and thundering, then disappearing back into space. "Nylon Smile" is the seductress, subdued but insidious. At times, Portishead suddenly sound like they've taken on the form of bands you know, maybe stealing a bit from Joy Division ("We Carry On"), maybe taking a bit from Krautrock ("The Rip"), even cloning themselves but spiking the DNA ("Plastic").

And "Deep Water" has a mandolin.

"Machine Gun" has Portishead on the offensive, not letting you find any rest, instead the staccato rhythm and melody of the song jar you awake, like you're trying to sleep in a war zone. Once you've made your way to "Small," you know its over. Is Portishead the enemy, the rebel, or are they the good guys? Stripped down and lonely at first, then suddenly more human and open than you feel you could ever be, the band morphs back and forth from being a cohesive machine to a disaggregated army is disarray, yet all still woven together by a common sound. However, "Threads" makes the situation clear: this has happened before and it will all happen again. At first listen, you don't realize what is hidden in the signal, but with each successive listen, you hear the hints, you feel the clues of what must come in the end. You begin to question your own belief, how you didn't sense it in the first place, but just like the sun burning out, you know its inevitable.

Third takes Portishead to the next level, ripped open for us to see and before you know it, they've wiped you out. Before you even make it through the album the first time, you can't even remember what it was like before they reappeared, it is that startling, and you know, you know there is no going back. Where it goes from here is anyone's guess. Who will survive? Who can survive? What will be left? That is where Third leaves you: stunned and adrift, but more determined than ever. So say we all.