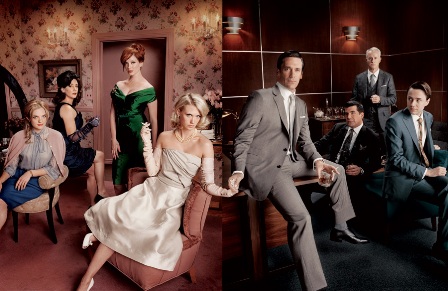 Quite a few decent flicks to pick from this week – does that mean the DVD outlook is getting better? We can only hope…

Grey Gardens: I’ve been obsessed with Little Edie & Big Edie Beale since I saw the 1975 documentary by the Maysles Brothers – and since we recently cancelled HBO I am SO excited that the dramatization starting Ms. Drew Barrymore and Jessica Lange is out. As the story goes: The Beales were related to Jackie Kennedy Onassis. Once stars of society, they gradually retreated to scary isolation in their gigantic, falling-apart house (complete with 100s of cats, raccoons, rats, you name it). Eventually health inspectors get involved, which led to massive media coverage, which led to the documentary, which led to the two ladies becoming Cult Icons. In short – this is the kind of shit you cannot make up. It’s fascinating.

[REC]: Even though I already totally ruined the plot of this for myself by seeing the American remake (Quarantine – which was actually still really good), I’m dying to see the original. A Barcelona TV crew following a group of firefighters gets trapped in an apartment building during an emergency call. Turns out everyone in the building has a strange virus, so our heroes must survive the Government lock down AND everyone who’s been affected. The remake was tense, scary, and very very very bloody, so here’s hoping it didn’t stray too far from this.

The Edge of Love: Keira Knightly does the period piece thing once again – but this time it’s a love triangle in WWII era England, involving Welsh poet Dylan Thomas (Matthew Rhys) and his crazed wife Caitlin (Dear ChrisB, Sienna Miller plays Caitlin, so you may have to see this). But instead of tearing each other’s hair out, the wife & mistress become besties, which I’m sure Thomas totally hated. Apparently no one gets jealous until Vera (that’s Knightly) marries another dude. Four’s a crowd, I guess. This was only in theaters for about a week – still, I’m intrigued enough to see it.

Special Mention: This week I also have to give a shout-out to Mad Men, because Season 2 was released today and EVERTHING you’ve heard about this show being amazing is absolutely true. Dreamy Don Draper, fabulous costumes and sets, and enough sexism to be both entertaining and outrageous. If you haven’t seen it, get thee to a rental store, grab both seasons, pour yourself a Manhattan and get to watchin’.  Still not convinced? Just LOOK at this cast: