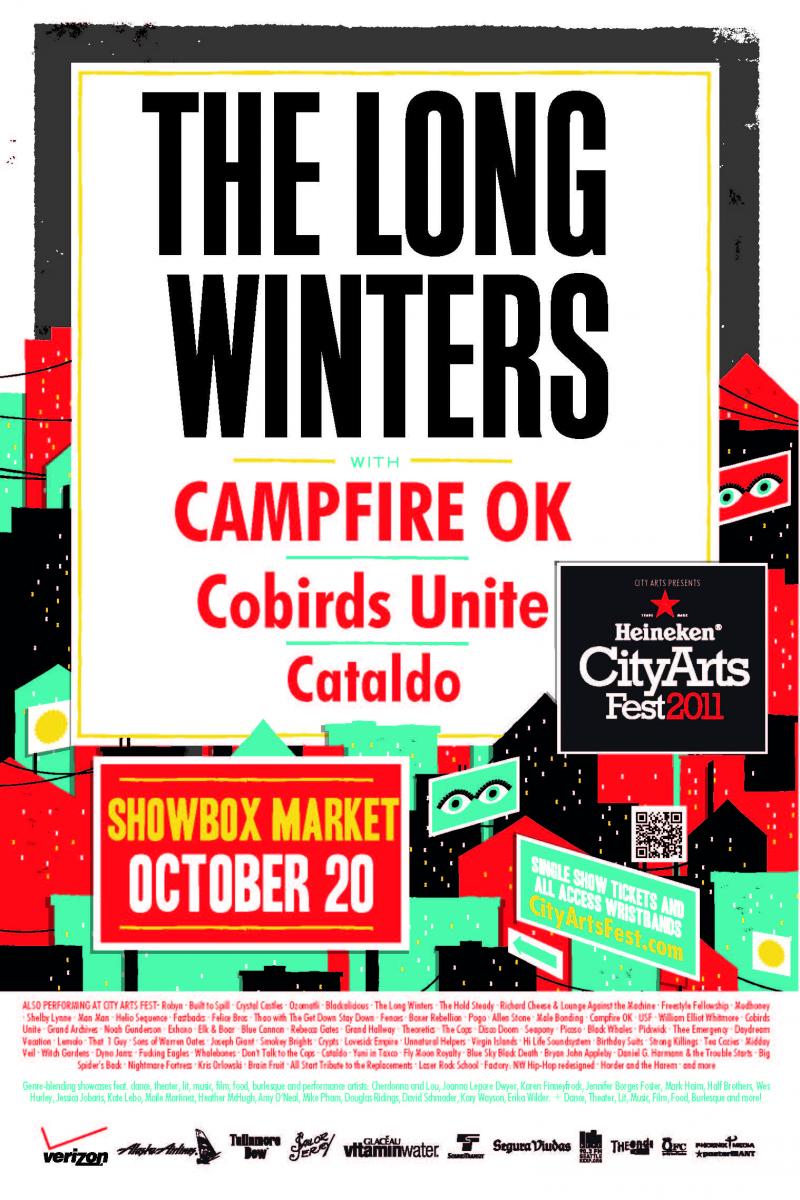 Three Imaginary Girls presents: The Long Winters at the Showbox! {10/20}

Is this actually happening?

It sure is: not only are the Long Winters playing a show at the Showbox as part of the 2011 City Arts Fest, but the night is being presented by… us! That's right — we are presenting {what will likely be} the Long Winters' only full-band show on the calendar this year. Pinch us!!

So, what does that mean, exactly? Well, first of all, we'll have some extra features on the Long Winters and the other bands on the roster over the next few weeks leading up to the show. Expect an interview or two, a custom-designed show poster from our friends over at Seattle Show Posters, and maybe even a few surprises! But first and foremost, we'd like to gush a little bit about TLWs and give away a pair of tickets to a lucky reader and their guest for the October 20th show.

As long-time imaginary readers are aware, it was at a Long Winters show way back in 2002 that idea for TIG was born (with most LW shows since that night being covered on this site).  Imaginary Dana was at the Long Winters show at the Crocodile while Imaginary Liz was at the Hives show at the Showbox. They were texting back and forth recapping amazing things were going on at each respective venue when Dana proclaimed something along the lines of, "we should just start a website to chronicle all the fun and great shows!" And Three Imaginary Girls was born.

Rad, right? Well, here's your chance to share! Write in with your Long Winters story! Had a life-changing moment at a show? Never been the same since that photo on John's lap? Tell us all about it! The more creative and compelling, the better your chances are to win — and ps, we'll even publish some of the most interesting stories!

You've got until 3p on Thursday to send a note to us at tig {at} threeimaginarygirls {dot} com. Be sure to use the subject line "GiveMeAMoment" so we know it's you. And when you're typing away at that fateful entry, don't forget — this is a 21+ event!

{Regular and VIP wristbands for City Arts fest are purchaseable right on over here, and if you're looking for a one-stop ticket shop just for the Long Winters show on the 20th, you can get it here. See you at the Showbox!}