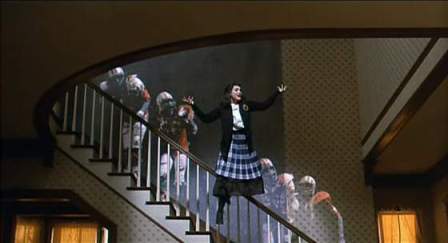 Three Imaginary Films to see: a weepy coming-of-age story, a food expose, and a Burton classic

I’m almost positive none of you have any desire to see the sequel to the movie I most hated watching last year – and if for some reason you do, or you actually liked Transformers, I give you my response that always shuts everybody up once they start saying “It wasn’t that bad! I was entertained!” and that is:

A robot peed on John Turturro.

So that happened, and I can only imagine what atrocities will befall Mr. Turturro in part 2 – and by imagine, I mean I do not intend to find out (short of reading other people’s reviews).

Instead, how about these:

1. Treeless Mountain at the Northwest Film Forum: A weeper that played at SIFF about 2 Korean girls who get left with an incompetent aunt and have to fend for themselves while they wait for their mother to come home. Reportedly depressing, but beautiful.

2. Food, Inc. at the Egyptian: Another SIFF movie that’s bound to make me become a vegetarian (which is probably why I’m avoiding it). This thing is getting all kinds of high marks for its frank expose of the American Food Industry. Preachy or not, it’s a hit:

3. Beetlejuice at Central Cinema! Seriously. It’s Beetlejuice you guys. On the big screen! And you can order BOOZE and food to have while watching. How do you pass this up?