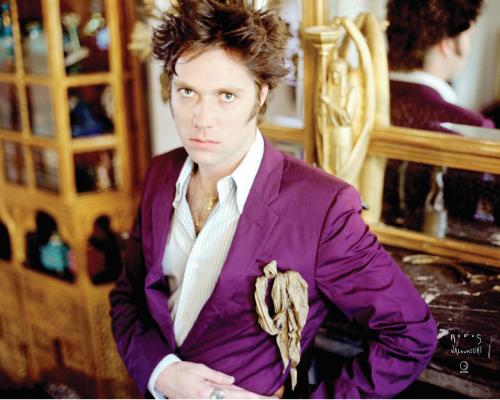 Whatever you do, DON’T go to the Rufus Wainwright show at the Triple Door Monday night. You know, the one where he’s kicking off his world tour in Seattle? Yeah, that one. Don’t go to that. Or rather, if you have tickets to it, unlike me, you SHOULD come to the Triple Door, and out of your amazing sense of compassion you should sell me your tickets to the show (I’ll even pay a bit over face value!), because, you see, I AM AN IDIOT.

I’ve known Rufus, upon whom I have the hugest crush (not an innocent one, either – the kind where I imagine spinning Rufus around on my Johnson and making him the happiest man alive, several times a day, because, you see, he’s got my lost brothers soul…) ….anywho….I’ve known he was playing the Trip Door, a kick-ass venue, for some little while. But FOOL THAT I AM I kept putting off buying tickets. Again and again. And again and again and again. So now, here I am, with my soulmate come to town to pitch woo at me with songs of melancholy bliss and bittersweet love, and I WON’T BE THERE.

So sure, come to the theatre. But sell me your tickets and know that you’ll be fixing the biggest karmic injustice since….well….something that was really unjust. Like slavery. Or the Holocaust. Something like that.