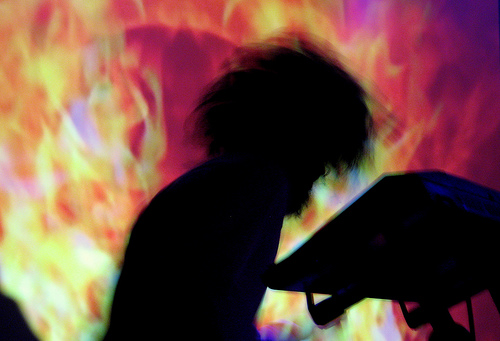 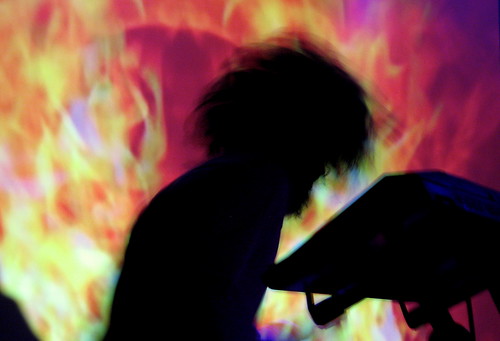 With the Comeback 5th anniversary party on Friday night, USE on Saturday and now Ratatat on Sunday night, Seattle is having one weekend-long dance party.

Ratatat is the shit-hot electronic duo that uses classic rock guitar riffs on top of a 4/4 dance beat to get people moving. Last time they played Seattle, at a sold-out Showbox at the Market show I wrote:

The duo of Evan Mast and Mike Stroud had a third member of the group in tow that played keyboards and provided most of the programming for this show. Stroud and Mast seemed to alternate between playing a snare drum, bass and guitar. They mixed effectively mixed using programmed parts with live instrumentation and at times the result was dazzling. They found a balance between live instruments and programmed beats. Playing against a background screen that provided visuals to accompany the songs (including one song that distorted the Paul Simon video “You Can Call Me Al”), the band played (from what I could tell) many of the songs from LP3 as well as a few from their two prior records, Ratatat and The Classics.

How are you going to finish your weekend?