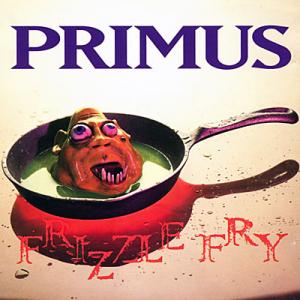 "Too Many Puppies" by Primus

When this how iPod Roulette thing started, I meant it to have more a Rorschach Test feel to it, but I’ve kind of gotten myself bogged down by attempting to justify why songs happen to exist on my iPod. Well, those days are over! No more justification … OK, maybe until the next horrifying song spins up. Instead, I will try to just type from my first instinct and here it is…

Oh shit. (This represents the moment of panic while I wait for the song to appear. There are far too many duds on my iPod – well, at least duds when it comes to writing a column about them.)

“Too Many Puppies” by Primus reminds me of the fact that when you’re too cool and hard rockin’ for They Might Be Giants, yet still a nerd, you have to find a band that fits that need for geeky music. Primus fills that vacuum by writing a song, in this case, about puppies. We all love puppies, right? They’re cute and cuddly and when they’re not busy eating your socks and wetting themselves, they sit around and act all puppily adorable. Les Claypool seems concerned that puppies are being mistreated, which he is probably right. They’re being controlled or being trained to do bad things rather than just letting them be puppies. He’s sort of like the Bob Barker of bizarre modern rock, if Bob Barker could play the six-string bass. Then again, Bob Barker just seems to want to control the puppy population rather than let it roam free. Maybe Les and Bob wouldn’t get along. On the other hand, maybe Bob Barker does play the bass and that’s why he retired – to start a new life in modern rock. Barker & Claypool is the next big project, exposing the seedy underbelly of pet ownership.