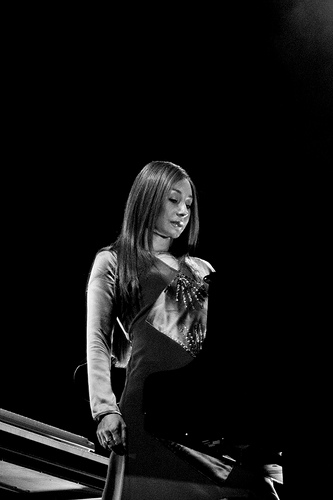 When Tori Amos walked out on stage for her Friday night set at WaMu Theater, she was wearing a long, green dress with gold, lame’ tights. It was an odd costume, to say the least. She helpfully explained mid-set that she wanted to wear “Emerald green for the Emerald City”.

But before I get strung up by any rabid Tori Amos fans, let me say that 1) she has built a long and fruitful career on not giving a fuck about what anyone else thinks and 2) she looked positively radiant, stunning and, yes, beautiful. In short, she looked like the rock and roll goddess she is.

When Amos sashayed to her piano and keyboard setup, it was slow and seductive, teasing the crowd who was rabidly in love with her. But from the first time she touched her piano, for the song “Give”, she handed control her music to the instruments and she became their catalyst. She straddled a stool in between a grand piano and keyboard, each adorned with a mic, shifting between the two almost randomly and playing with abandon. Her band consisted of a bassist and drummer, and they were flanked on each side, to the back of the stage.

This was the first night on Amos’ “Sinful Attraction” tour, supporting her latest album, Abnormally Attracted to Sin, which was released this spring. It was the first studio album she put out since leaving her previous label, Epic, last year.

Her set, which lasted just over two hours and included two encores, spanned her entire solo career, but omitted some of her most notable singles like “A Sorta Fairytale” and “Silent All These Years”. That didn’t matter to her audience, who are known for being one of the most loyal to their heroine. They were really quiet for each song but in between you heard a few people shout things like “Tori, you’re beautiful”, “you’re a goddess” and the obligatory and often “I love you”.

The last time I was in WaMu Theater was for My Bloody Valentine a few months ago, and had been pleased and surprisingly impressed with the sound quality in the venue, which is probably unfairly maligned because it’s big. Here, Amos’s lyrics came through pristinely, never being drowned out by the instruments. It was necessary for an artist, like Amos, whose songs are driven by the frank lyrics that those words be heard and understood.

The crowd was much more diverse than I expected, which I thought would be almost exclusively women and gay men (I’m neither), but there were a lot of couples with the men not appearing as though they were dragged there by their girlfriends – although maybe that had to do with the interview Amos gave to Spin last month where she said “I’m gonna get you laid tonight, Buddy. You’ve gotta thank me.”

In one of the few moments of on-stage banter, she said that the men in her rhythm section could go get a beer and “I’ll stay here with you”. She went on that she didn’t like beer, but offered the concession “my husband drinks beer and I still kiss him.”

The biggest applause came late in the set, when she played “Precious Things” and got to the line “Christian boys, just because you can make me come doesn’t make you Jesus”.

The show ended at 10:30pm and the fans that I talked to as I was leaving were buzzing from the evening, completely satisfied with what they witnessed. That this was my first Amos show was irrelevant. The important thing about this evening was that Amos’s fans, who are amongst the most passionate and loyal of any working artist today, were happy with the performance, and they were.

All photos by Hot Avocados Photography. 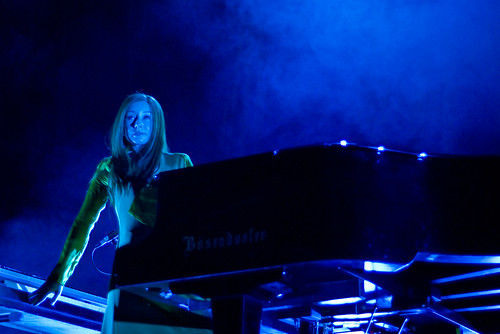 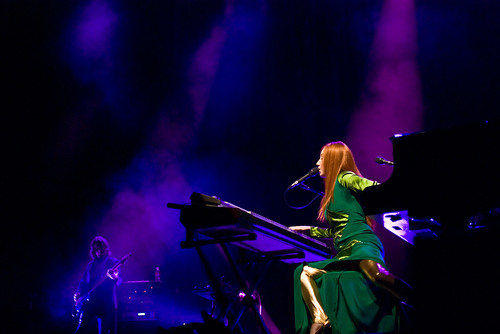 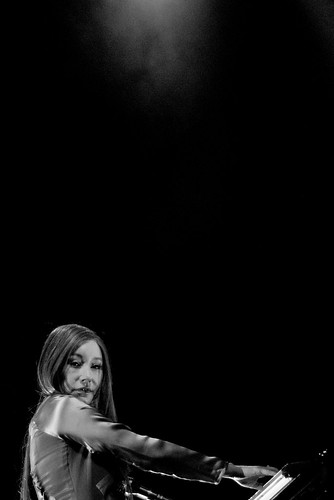 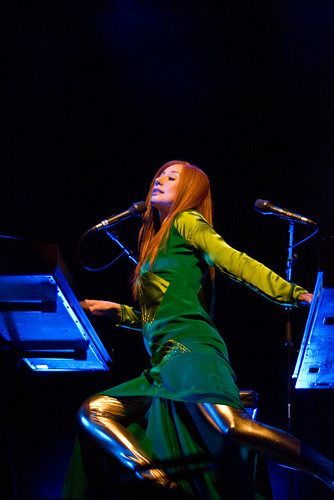