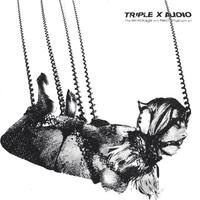 The Wreckage and Reclamation EP

Straight-ahead power rock. Some might argue that it's been on the wane since the hype tsunami of the early 1990s washed back out to sea. But Triple X Audio begs to differ. Their latest recording effort, The Wreckage and Reclamation EP, does exactly what the title suggests: it pulls power rock from the post-grunge wreckage and reclaims it for Triple X Audio's very own.

A follow-up to their first full-length Like Pumping Gas on Fire (Mattress Actress, 2003), Wreckage and Reclamation mixes clean drums and guitars with subtly haunting vocals and a slightly sinister bass line that adds a dark twist to their sound. The second track, "Measure of Regret," proves to be the most catchy of the five-song EP. After a bell-toned, almost math-rock start, the song kicks into full-out rock by the chorus (which reminded me a bit of the Pixies). Other songs veered more towards the darker side in a way that called to mind one of my favorite early 1990s Seattle bands, Sage — a band that in my mind immortalized creepy guitars with a vaguely Middle Eastern edge.

In asserting their reclamation of rock, Triple X Audio draws from its members' own musical lineage. Denise Maupin, guitarist and source of the edgy yet somehow restrained vocals that stand out on each track, hails from the Delusions, the poppy perennial openers for Built to Spill. Guitarist/vocalist Brian Burnside (formerly of the Bali Girls) matches well with Maupin, adding soaring guitars and the perfect vocal foil. Bassist Dan Infecto (of Me Infecto fame) and drummer Lee Taylor provide a solid foundation for each song that is decisively present without being overbearing.

In choosing local up-and-comer Jonathan Plum to produce this EP, Triple X Audio likely appreciated Plum's rock sensibilities as well as his background. Plum spent the 1990s under the mentorship of Seattle's own Rick Parashar at London Bridge, which afforded him the opportunity to work with Pearl Jam, Alice in Chains, and one of my personal favorites — Blind Melon. Plum's rock heritage, not to mention his abilities as a producer, complements Triple X Audio's clean garage rock style perfectly. If power rock is in fact on the rebound, Triple X Audio's latest EP is leading the way.