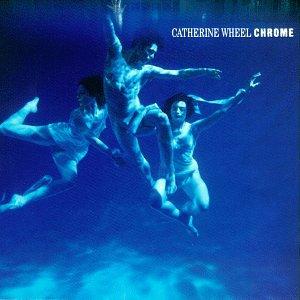 Sometimes its hard to say much about the song that comes up on my iPod. Sometimes, it is hard to say enough about the song. Sometimes the song makes the whole “listening to music” thing seem worthwhile. Sometimes it feels that you listen to so much music that it all blends into one, that you never get that tingling feeling anymore because you’re surrounded by it all the time. I suppose that is the danger of being an avid music listener, you become desensitized as you try to find the most obscure bands or try to stay ahead of the curve without ever sitting back and savoring the music around you. For most of us who read TIG, we more than just “like” music, it is beyond that, it becomes interwoven into almost every moment of our lives, transcending the casual listening that most people do in their cars or at work, but instead becoming an integral part of our personalities. In that lies the danger of music becoming commonplace – you can’t get the same high if its all you do.

Luckily there are still songs that have that effect on me, that visceral feeling that makes you feel like you’re on a roller coaster. Raw emotion that comes from a part of you that you don’t really control, at least not consciously. Today’s spin is just one of those songs – for me at least. From the grinding guitar chords that open “Ursa Major Station” to the thunderous drums that crash into the track to Rob Dickinson’s transcendent vocals that wash in with the melody. The layer upon layer of sound is so captivating, so invigorating, that it doesn’t matter that the song is almost 15 years old, I still get that same feeling I got the first time I heard it. Not only does it make me get excited about the song itself, it reminds me why I got so into music in the first place: that undefinable feeling you get when you hear something truly magnificent. And sure, you may not agree that “Ursa Major Station” has this effect on you. Heck, I might be the only person in the universe that feels that way about it, but you all know that there is that song or songs that just stop you in your tracks no matter where you are. It doesn’t matter who the band is or whether they are the hip/cool/indiest band of the moment, that song is a part of you as much as you feel part of that song. That is what being a music fan is all about, letting the music become the fabric of your day rather than just the mood lighting.