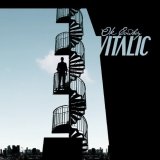 Back in the day (that being 2000) I was chatting about music with a 40-something year old associate of mine and we started in on the topic of electronic music. I was all excited about after just ending a run as a DJ in Philadelphia and he shrugged off the entire genre of music with a simple "in 2 years, no one will care." At the time, I argued to the hilt about its vitality and potential longevity. Little did I know that, yes, as he predicted, I would practically turn my back on the genre a mere two years later, declaring "nothing good is coming out anymore."

So, here we are, four years later. Electronic was at a crossroads: no longer the buzz-genre, no longer the underground wunderkin yet not the huge breakout that everyone predicted. Luckily, a third generation of electronic has begun (if this was ska, it would be referred to as "the third wave", which has always struck me as odd. It implies some sort of vast ska army, "skarmy" if you will, hovering over the horizon.). The new generation of acts such as LCD Soundsystem, Out Hud, Xiu Xiu and Vitalic have found their influences in the Chemical Brothers, Daft Punk, Orbital and Aphex Twin (notice how few sound anything like the Prodigy, Fatboy Slim or Moby?) and have breathed new life into the genre. Where this all takes us is anybody's guess, likely not to the heights of the Billboard Hot 100, but at least electronic doesn't seem as moribund as it did a mere two years ago.

Vitalic's OK Cowboy has some of the most reinvigorating electronic tracks in a good, long while. Following in the hallowed footsteps of fellow Frenchmen Daft Punk and Laurent Garnier, Vitalic (a.k.a., Pascal Arbez) combines disco and funk influences with a harder edge than his predecessors. Imagine being dipped in a club with the Chemical Brothers having a spin-off with the robots of Daft Punk (I'd pay good money to see some sort of Death Race 2000 style battle like that). There are no qualms about that fact that this is electronic – everything on the album is synthetic, right down to the vocals (provided by a lovely speech synthesis program called "Gabrielle"). Refreshing as it is recognizable, OK Cowboy has some real barn-burning numbers.

If you listen to only one song on the album, make it "My Friend Dario". To me, the pinnacle of dark, sinister, speaker-busting electronic was the Chemical Brothers "Loops of Fury," but in "My Friend Dario" we find a song that gives "Loops" a run for its money. Detailing the decadent lifestyle of Vitalic's alter-ego 'Dario', Gabrielle recounts Dario's penchant for drinking and driving very, very fast and the throbbing beat and sequencer lines match the anarchistic mood. If only this was 1997, Vitalic might have been providing us the soundtrack to the summer. Many of tracks of OK Cowboy retain the frantic pace set out by "My Friend Dario". A close second in the "burn down the disco" department might be "La Rock 01" and "Newman" that build both to a thunderous roar that harkens to Underworld classics like "Born Slippy" and "Moaner". Meanwhile, "Poney Part 1" and "Poney Part 2" take a page from Daft Punk's "Around the World". This is not to say that these songs are mere copies of the originals, instead they pay homage to their lineage and expand what has already begun.

A few tracks capture more of an experimental Aphex Twin or -Ziq sound such as "Polkamatic" that sounds like a track from a future A Clockwork Orange remake. "No Fun" is a trip down an uncomfortable road that leads from Orbital's "I Don't Know You People" with Gabrielle's vocals layered over paranoid synth lines. "U and I" is a subtle, but stunning track that combines some of the heavy beats and meshes them with a gentle melody that lilts through the song. However, a few attempts never get off the ground floor, such as "Wooo" that seems to stagger like a drunk organ player. Much in the same fashion, "Trahison" sound a little bit too much like something we might have gotten from the talent show in Revenge of the Nerds.

OK Cowboy is a strong first showing by Vitalic. The electronic genre itself is mutating and evolving in an attempt to not be pinched off the music family tree like its distant ancestor disco. The continued emergence of this new generation of electronic acts will help keep hope alive (sorry, not a reference to the Crystal Method, as much as you might want it to be). Vitalic is the clear front-runner so far to take up the title of "DJ extraordinaire."