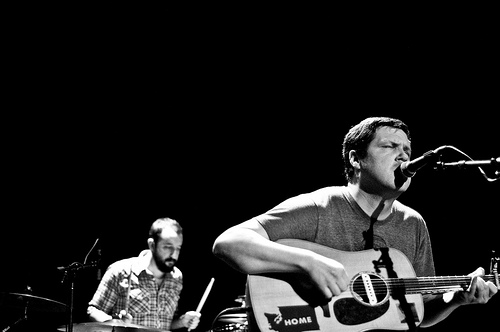 It was a great long weekend for sight and sound as we took in some goings-on around Seattle, the most notable of which was the release party for Damien Jurado's Maraqopa this past Friday at the Neptune. Sharing the bill with Gold Leaves and Bryan John Appleby, Jurado and the most recent incarnation of his band sold out our newest favorite venue to an attentive, appreciative crowd. Maraqopa {which is officially out today}, his latest brand of soundscape, is the perfect blend of everything we've come to love about Damien Jurado's work, packaged in a collective series of sounds we've never quite heard from him before. There's a little bit on Maraqopa for everyone: it's part singer-songwriter, part freak-folk, part guitar-shredding psychedelia heaven, and fourteen other different kinds of good. {Read a little more about what we've heard and adore about Maraqopa thus far here.} 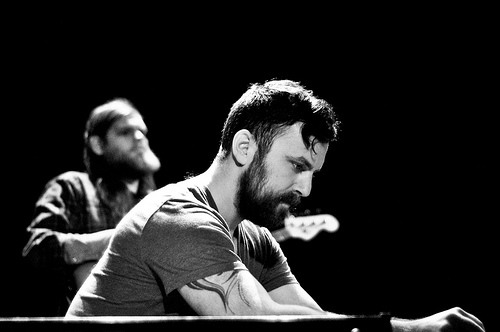 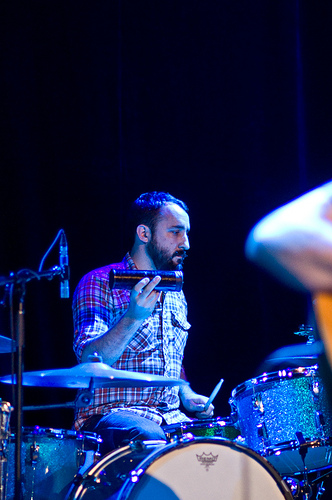 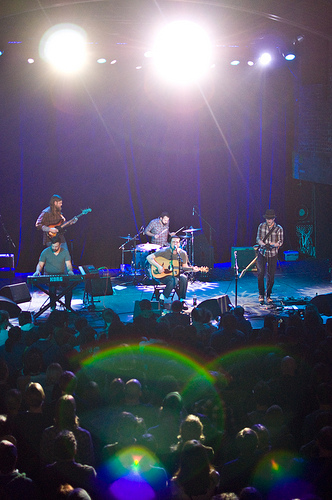 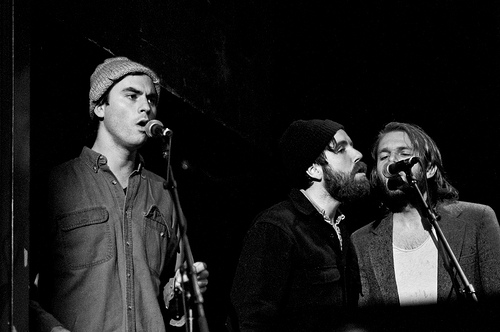 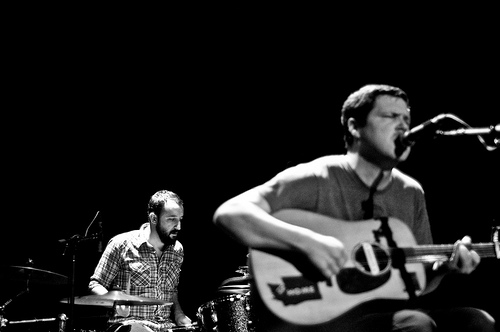 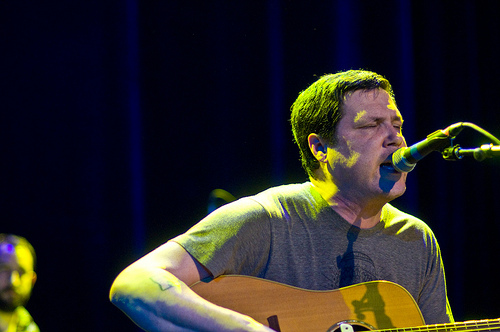 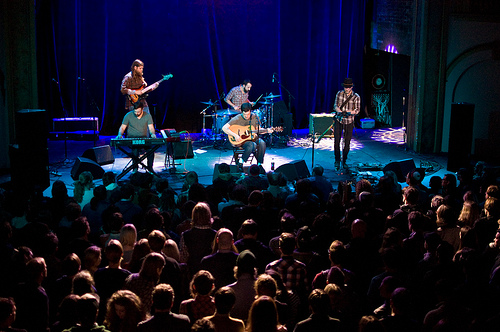 Another knock-it-out-of-the-park win this weekend was the screening of Fever Year, the documentary that followed Andrew Bird along for a seemingly insane 180-date tour a few years back. As avid fans, we've seen everything from those early 2000s shows where six fellow attendees stood in rapt appreciation to bursting-at-the-seams capacity nights from this most recent grueling tour {including a sold-out show at the Paramount and a set for a few thousand people at Austin City Limits in 2009} — and it was an absolute delight to see every facet of Andrew Bird's career represented so brilliantly in this film. Historical flashbacks to his Bowl of Fire days fused together perfectly with recent tour clips and an incredible glimpse of his on-, off- and backstage life, all of which blended together into a gorgeously intimate eighty-minute portrait of the Andrew Bird of today. The mini-doc was warmed up perfectly by the screening of the Fleet Foxes' The Shrine / An Argument, an absolute delight to take in — both visually on the big screen and as it poured out of the theater's state-of-the-art soundsystem.

As if it needs any further selling, here's the trailer — Fever Year screened as a one-night-only showing during the opening of the Northwest Film Forum's American Film Week, but we'd be shocked if it didn't find a way back for more showings soon. Fingers crossed that at the very least you'll be able to catch it on Netflix at some point (but please, do yourself a favor and see it in the theater if you can):

And last, but certainly not least, over the last few days we've been wrapping our ears around the internet leak of the new album by Father John Misty, nee Josh / "J." Tillman {formerly of the Fleet Foxes}. Fear Fun will be out in early May on Sub Pop, and it's going to be one we pick up on vinyl in triplicate for sure: it's an incredible departure from anything we've ever heard J./osh Tillman involved in thus far, and a few of our first listens, it almost feel like a sampler of everything he's been waiting to play for the world, and everything we've been waiting to hear but didn't know we needed. Fear Fun is some kind of mad genius that we can't quite find the right adjectives for yet, as we're still waist-deep in absorbing both the lyrical content and sonic experimentation of it all: pure, clear vocals laden over with seventies-esque easy-listening key-change sensibilities and a side of jangly guitar twang, fused together with a full-frontal balls-out sound that takes time to digest and process. This album is smart, complicated, soothing yet uncomfortable, brash yet kind — it doesn't sound like anything else we know, which leaves us with the overall feeling that Father John Misty just might be the Brian Wilson of the post indie rock set.

To prove the point and give you a taste of what Fear Fun holds, here's the video for the official single, "Hollywood Forever Cemetery Sings":

More about FJM {including a link to a free download} on Sub Pop's site here.

{All photos of Damien Jurado and friends by Victoria VanBruinisse.}