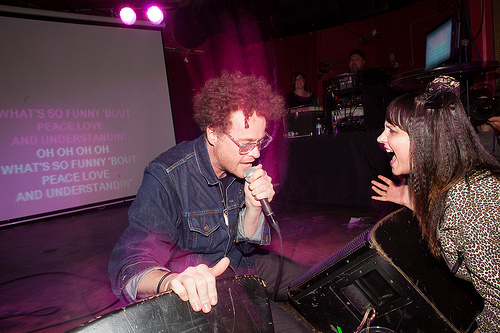 Rockstar New Wave Karaoke Bash: What a way to celebrate the 10th Imagi-versary

We can't thank you enough for helping us celebrate our 10th Anniversary in Rockstar New Wave Karaoke style last Friday {June 1, 2012} at Chop Suey!!!  The evening was so much fun and having you all there really made it all super special.  There were so many amazing moments some that we can't even believe actually happened!  If we weren't already in love with every one of the performers that took the stage, we are certainly over the moon with them now.

There were so many amazing performances it's impossible to list all the amazing moments here… but here are just a couple off the top of our heads:

Ben Hooker re-writing Duran Duran's "Girls on Film" to "Three Imaginary Girls On-Line."  We still don't know how he did it and really wish it was caught "on film." We are still blushing from the honor of having a Ben Hooker-penned song about us!

Patrick from Your Favorite Book singing "99 Luft Balloons" IN GERMAN!  We're not sure if you noticed, but the words on the karaoke monitor were in English, which means Patrick actually memorized the German version. From seeing YFB shows in the past, we knew he was going to go all the way.  But, blow up red balloons and fill the crowd with them as he broke out into song? While singing in German? 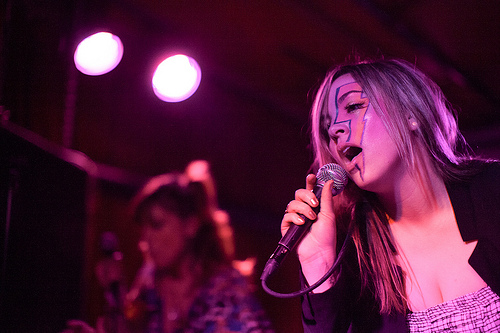 Jenny Jimenez capturing all that is "She Bop" by Cyndi Lauper. The face paint, the outfit, the dance moves, AND a spot on rendition of this classic Cyndi tune.  It was a big undertaking and Jenny nailed it!

Sean Nelson singing "Peace, Love, and Understanding."  Sean not only covered the Elvis Costello song beautifully, he got so into the moment that he left the stage with a hole ripped in the knee of his pants and a bloody knee! We admire his new wave devotion! 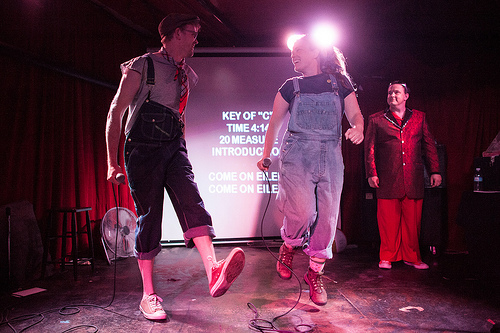 Jenny and Chris of Tullycraft's version of "Come On Eileen."  The overalls, the dance moves pulled directly from a Dexy's Midnight Runners video and the over-the-top vocals. Thank goodness it was captured on video (posted below)!

Kevin Emerson (of Central Services /Board of Education, Math & Physics Club) and Ethan Jones (of Math & Physics Club) getting Romantics with "Talking in Your Sleep."  It was a wonderful surprise to have them both on the stage (it wasn't planned ahead of time) and they sounded great!

The end of night wrap up "Tainted Love" sing along!  All that love on one stage was the perfect (and fun) way to top off the night!

But really, every song our rockstars (and audience members) did was a-maze-ing!!! Here's a recap of karaoke songs the rockstars chose: 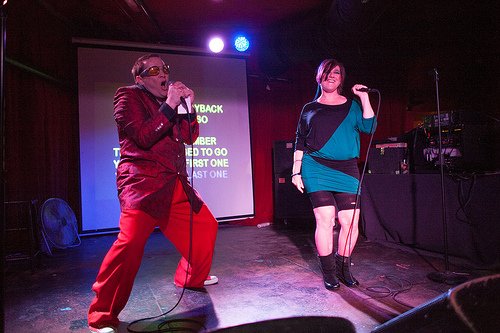 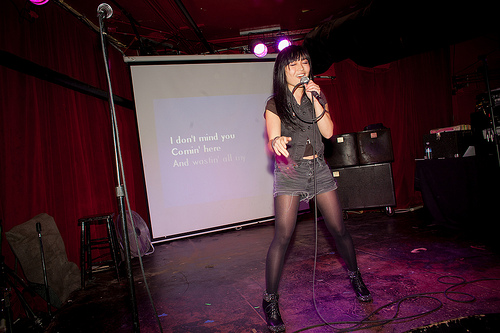 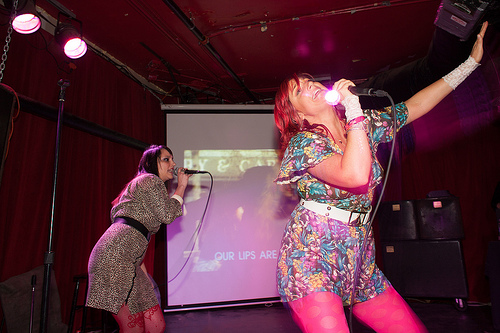 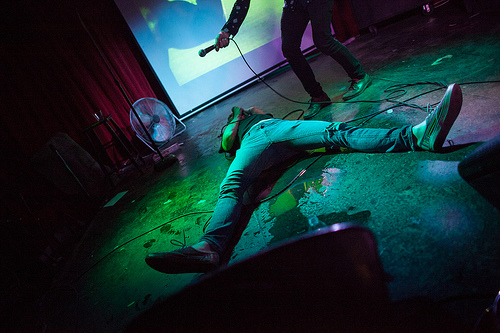 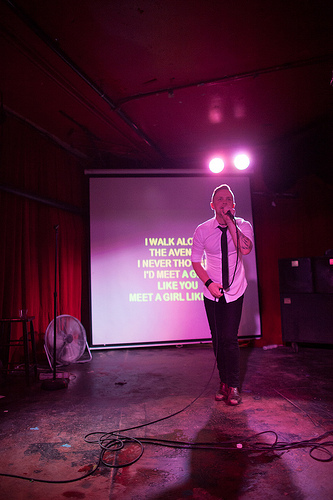 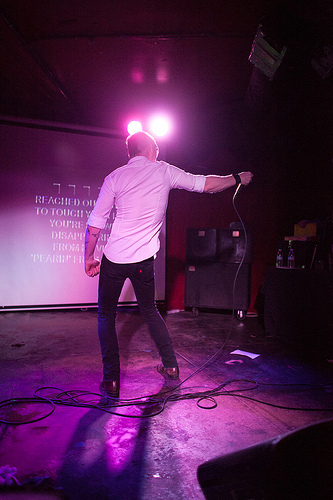 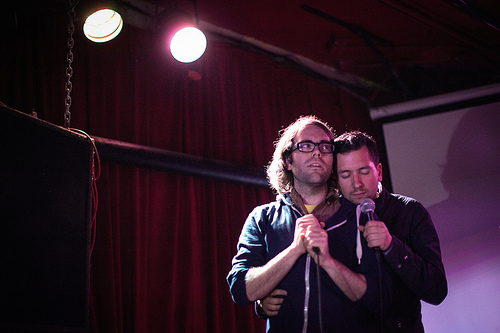 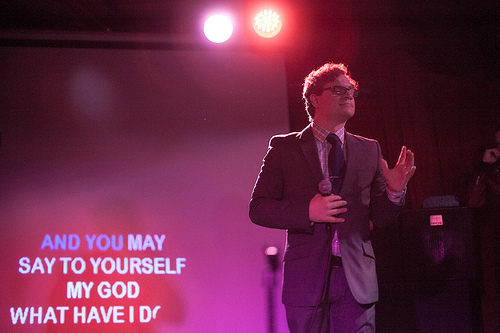 What were your favorite moments? And has anyone found any videos of the night?

So far we've only found this one from of the Tullycraft performance of "Come On Eileen" (love it!) and Imaginary Rich made a mash-up of some performances later in the night!:

Huge, huge, HUGE thanks to our friend {and longstanding imaginary photographer} Laura Musselman for capturing the night in such detail!