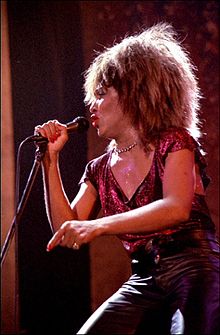 What's a review got to do with it?

This is an issue I've been thinking about for the past few days and I'd love it if both writers and fans chimed in with their thoughts.

Here's the sitch: Ann Powers, the music critic for the Los Angeles Times wrote an unflattering review of a recent show by Tina Turner, who is 68 years old. Of course, a performer of Turner's stature has a large fan base who didn't appreciate Powers' criticism. She wrote on The Times' blog:

Most of the letters that poured in stressed Turner's veteran status, and suggested that it was wrong for me to criticize her singing either because of her age or because she is such a venerable presence in pop history.

So, here's my question: is there a point when an artist becomes off-limits to criticism?

I've seen many greats in their mid-to-later years, and each deals with the challenges of age differently. Bobby "Blue" Bland developed an odd yowl that apparently served to clear his throat. Iggy Pop, his half-century-old body fit but frankly strange-looking, plays up his own alien presence with antic moves. Cher does a lot of graceful posing in her elaborate costumes. Willie Nelson (who still sounds pretty good) relies on a razor-sharp band.

For many fans, just being in the presence of an elder artist confers residual magic. The notion that the crowd's adulation elevates the artist applies to most arena or stadium shows, but it's especially felt when "legends" perform. This takes us into the realm of pop music as religious ritual. Who are we to judge the gods and goddesses? 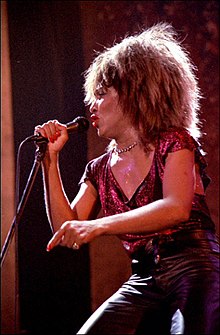 My instinct is to say that critics are necessary and they (we) act as a consumer guide for people who aren't superfans but I think the issue is more complex than that.

I probably write more live show reviews than any other writer here at TIG and have enjoyed the vast majority of them (and my reviews tend to indicate that). I think that is for a few reasons: I generally select shows that I already want to see or bands I am already familiar with (I like "The Colbert Report" and sleep too much to waste my time being somewhere I don't want to be) and I review a lot of touring bands, so the artists have usually been performing the same routine every night for a while and had time to work on their act before getting to the show I'm watching.

I've also seen my share of disappointing performances from legends. Watching Chuck Berry ogling some barely teenage girls he brought on stage to dance felt more than a little creepy and it was more than a little sad to see that Little Richard (one of my two or three favorite rockers of all time) could only remember the choruses to his songs and if I was reviewing those shows, I would report what I saw and heard. When I write my live show reviews I try to only answer the question "what happened last night?".

Then I think of certain legends, including Turner, are returning to the road because their fans demand it of them. Tina Turner is a legendary performer that has an amazing story. I hold her in the highest regard and she certainly has nothing to prove to the pop critic at the Los Angeles Times, let alone some guy at TIG with a dayjob.

In the end, I'll side with Powers (of course). We need more criticism, not less, and she is one of the best critics around. I don't think Turner (or The Rolling Stones or The Stooges or whoever) has earned a free pass (especially with what tickets are going for), I just don't think that at that point the shows are about their performances but about pleasing their audiences and by judging from the crowds willing to pay that kind of money for the right to see a Tina Turner, they've already had their say.