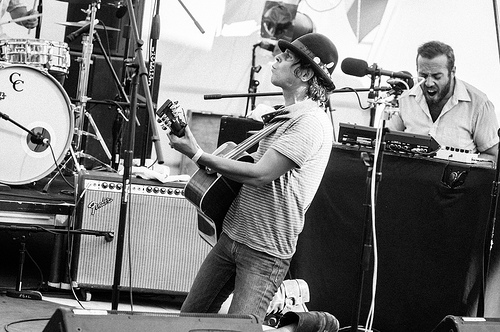 ***UPDATE: Tickets are still available for Pickathon {this weekend!}***

As most of the music industry flocks to Austin, Texas this week each March for South By Southwest, I find myself considering the often-unwieldy animal of festival atmospheres: why some are great, why some are terrible; in the case of the latter, why we attend them regardless. It doesn't really seem fair to put them all up on the chopping block against each other — the conference-centered SxSW and CMJ, for example (daytime panels embedded within a town / city-wide sprawl of showcases and performances), can't exactly go apples-to-apples with Sasquatch! or Austin City Limits (multiple stages in a contained, open area). But whether it's a festival for the ages or one that's still wet behind the ears (like this year's Timber!), a few threads run common between them: as an attendee, we're going to be elbow-to-elbow with several thousand people experiencing varying levels of intoxication, sometimes with little reprieve from the sun, with long lines for the restrooms and either 'rough' or expensive, off-site accomodations.

So why do we do it? Especially here in Seattle, where we're fortunate enough to have bands performing every night of the week, our calendars often bursting at the seams? Well, if you're anything like me, the answer is simple: we do it for the music. We do it for the one-of-a-kind experience, we do it to see a bunch of our favorite performers centered in one spot — and we do it because a good lineup trumps every single one of those sweaty, drunk bodies standing between us and our collective moment of band-umami. It's really not fair to say who does this best or worst — I've had equal moments of near-nirvana seeing the Wrens at the Mercury Lounge in 2005 as I have in a throng of several thousand people watching Elbow at ACL a few years back — but it's safe to say that the one place I've experienced the highest levels of awesome with the lowest levels of bullshit is at the Northwest's very own Pickathon. 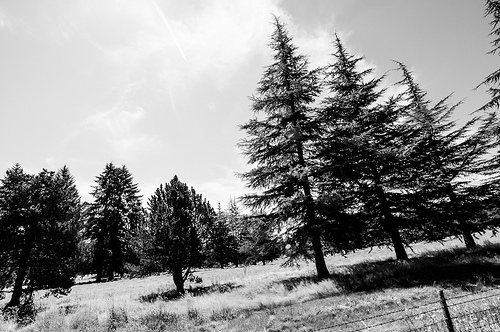 Last year's Pickathon was my first, and while it's pretty specifically curated (most bands centering around roots music, be it new-roots or indie-roots of Roots-roots), it was by far my favorite of all the festivals I'd attended in 2012 and years previous. It was by no means banjos-only — the bands ranged from Neko Case and Langhorne Slim to THEESatisfaction and Thee Oh Sees, just to call out a few — yet if you did see or hear a banjo, it was totally approriate and in context, and not showing up attached to some porkpie-hat wearing kid as an interesting prop. This year's lineup promises more of the same wide spectrum, with headliners like Feist and Andrew Bird, along with Sharon van Etten, Sallie Ford and The Sound Outside, Howe Gelb, and Foxygen {full lineup here} slated to take the stages. Thoughtful lineup aside for a moment, though, there are a lot of factors that make Pickathon worthy of consideration for your live music budget expenditures for 2013.

First and foremost, Pickathon goes down on a farm. Pendarvis Farm, to be exact. It's dusty and dirty in the most awesome of ways, and a good portion of the on-site camping is out in the Actual Woods, which makes for all these little sub-camps and Vanagons and tiny lights twinkling out in dark of night. Second, there is zero advertising. No Doritos bags, no Car Manufacturer Stage Names. The only signage you'll find are maps to point you in the right direction, and on the fronts of booths of local vendors serving food and selling wares. Granted, those big festivals need to have some kind of sponsorship and revenue to get the entertainers on board, but Pickathon is of the scale that they manage to get excellent performers while doing without the unnecessary pomp. 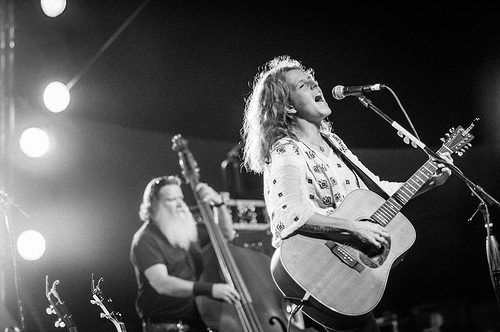 And third, which is probably what lends itself to the best part of the vibe: all of the people in the crowd at Pickathon seem to really want to be there. They're not on the farm as a matter of course, or for a stop at the Hip Place To Be that weekend. They've got tents in the woods and dirty feet, and so do most of the press and performers. Last year, when temperatures neared / broke the hundred-degree mark, everyone made due in what shade they could find and took it in stride — almost like a mini hippie-camp bonded for a common cause, passing jugs of water and sharing fans — and it all paid off. We grinned along like idiots with Gordon Gano during a nooner set of Femmes songs with the Lost Bayou Ramblers, and sat together later in the cool nighttime breeze while Neko paired with Rachel Flotard to waft out enrapturing, bell-like vocals across the evening sky. We ate meals off of our reusable plates that we bought at the beginning of the weekend, washed them down with fresh, on-tap kombucha (I promise it was incredible and not the hippie nightmare I'm making it sound like) and long story short (too late), the point is: Pickathon is the real deal, and if you make one stop on the festival circuit in the Northwest this season, this should be it.

You can get technicals about the festival {bands, FAQs, how camping works, hotel recommendations} at the Pickathon site here, and be sure to check out photos and coverage from last year's festival here and here. Tickets are still available — pick up yours today and start making plans. We'll see you out on the farm this summer!

{All photos of Pickathon 2012 by Victoria VanBruinisse.}