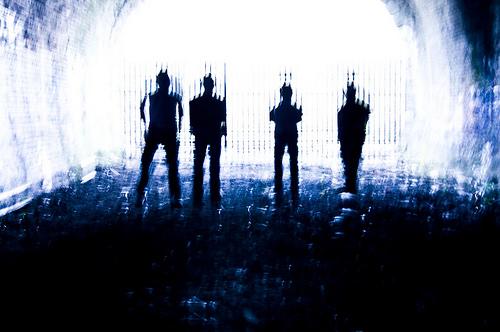 Win tickets to We Were Promised Jetpacks at Neumo's

As you shake free from your mandatory PNW hibernation, you’ve undoubtedly caught wind of all the rad lineups coming our way as the first whiffs of spring tour sneak up on us. And next week is bringing one of the first post-winter shows to Seattle that we’re really beside ourselves about — those gorgeously accent-laden Scottish sad bastards We Were Promised Jetpacks will be hitting the stage at Neumo’s on Tuesday, March 2nd.

Touring behind 2009’s full length These Four Walls and 2010’s EP The Last Place You’ll Look, WWPJ is covering most of the US before they head back overseas in mid-April — including a stop in Austin for SXSW, where we hope to catch them Wednesday night as part of the Scottish Arts Council showcase! (Wows.) But, you don’t have to hope your plane comes in on time for that one — we’ll be doing enough finger crossing for everyone, trust us — because we’ve got two tickets to give away to their probably-gonna-sell-out show with the Lonely Forest, right here in sweet grey Seattle.

Want a chance to get in on the action? Shoot an email to [email protected] with the subject line WeWerePromisedGuestList and tell us why you deserve to go. And make sure you act fast — winners will be chosen at 3pm on Monday, March 1st.