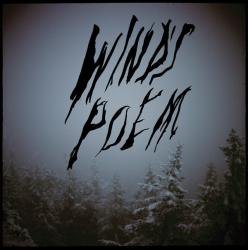 People familiar with Mount Eerie and its creative founder/leader Phil Elverum would hardly be surprised by anything he would try; though coming from Anacortes, the band’s expected dabbling in the harsh sonic swathes of Black Metal feedback may not be to the delight of some of their fan’s appreciation for ambience.

This is a wonderful accompaniment to last year’s brittle and elegant Lost Wisdom, the title track of which receives a brutal, hollow reprise here near its end. The songs beneath these waves of distortion are hale and over repeated playing become contagious; but Wind’s Poem overall effect inviolates the casual listener’s sense of proper balance. The twelve minute “Through the Trees” is where the idea for all this began, and its dirge pace isn’t beaten down by the wind of sound upon it — it’s also placed near the front to warn everyone what this is about. Nick Krgovich from Vancouver’s No Kids helps out with gentle harmonies, which only at first seem lost beneath the monolithic sound storms that break the listener down over its near hour.

Wind’s Poem was crafted over a couple of years, as Elverum spilled ideas and scraps into an alternate dream world that is the deep woods prophetic dream realm of the FBI agent in “Twin Peaks,” not the counter with toasty cherry pie and good coffee of previous works. Like a Scott Walker living in a cave off of the San Juans, the combination of chords and discord will probably make this one of the more respected and less liked of Elverum’s experiments, but the story of its lengthy creation testifies that he meant every necrotic note of it.