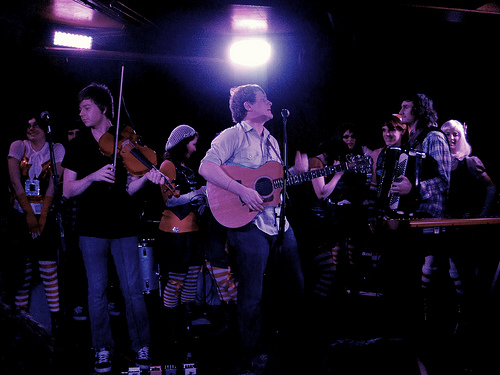 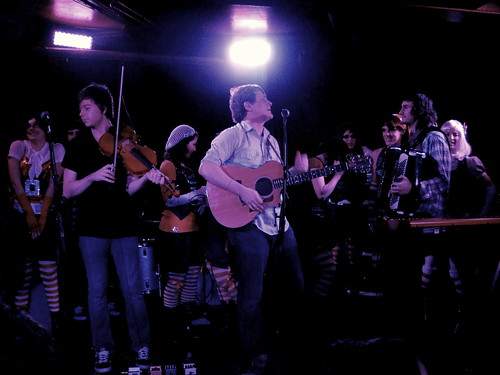 If you’ve been looking for a band that has grown out of Seattle’s parks in the summer time yet sounds like it traveled over oceans to reach your ears, check out Hey Marseilles. Their unique sounds comes from the combination of seven members, most of whom play multiple instruments to create a Euro-infused orchestra of beautifully crafted pop songs.

Hey Marseilles have been hitting up a lot of festivals this summer making their inclusion at 2009’s Bumbershoot no surprise and yet still something to look forward to. After seeing them play Block Party they have gone down on the list of frenetic wonders not to be missed for the ways that their songs take on a life of their own when played live. Between the trumpet, accordion, piano and multitude of strings—it’s enough to make you swoon.

To call their songs anthropomorphic gives them a physicality that they don’t necessarily have. But it sort of gets at the idea; their songs are intangible, like some lovely ideal you want to live by, but unlike an ideal they change and grow becoming dynamic as they expand, showing the skill of this band at every performance.

Catch Hey Marseilles Sunday the 6th at 12:45 pm on the Broad Street stage.