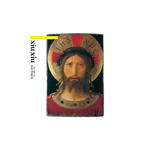 There can be the tendency to shy away from music that is so intense its uncomfortable to listen to as if you're stuck in someone's living room while they fight with their significant other in the kitchen. You feel like you need to not listen, but its hard to tear yourself away. Xiu Xiu is like that: so brutally sincere you almost feel like you shouldn't be hearing any of this personally, but its impossible to stop listening. The Air Force has a remarkable diversity of sound and unlike some of Xiu Xiu's previous albums, it not all sad songs that populate the disc (just don't expect Junior Senior, okay?)

Xiu Xiu fills the musical void between the anarchy of Aphex Twin experimentation and the vocal electronic of James Figurine (and yes, that is more than a void and more like a gigantic chasm). Jamie Stewart takes his listeners head on, when "Buzz Saw" heaves back and forth from what is almost a normal song to a cacophony of pianos, bells and chanting. This nihilistic approach to sound is the signature of Xiu Xiu. However, they hit their stride on "Boy Soprano" that is so rich in musical texture you need to listen to it repeatedly to even feel like you have a grasp on the magnitude of sonic experiment. Sometimes Xiu Xiu gets a little lost in their own lyrics such as although you're a solid pile of hate/you're still pretty, like a cake. (Huh?) However, we can figure Xiu Xiu for such lyrical complications when they're half-whispered, half-confessed over the dissonance. But just when you're ready to settle in for an evening of Jamie Stewart-helmed horror, the surprising pleasant "Hello from Eau Claire" catches you off guard. Something like Aphex Twin's "Girl/Boy Song," it feels light and airy and when you throw the sweet female vocals and synthesizer trills into the mix, you could almost imagine commercial radio not vomiting in fright at the song. It almost leaves you as confused as "Save Me Save Me," which sounds downright playful at first, but rest assured, takes a sharp turn into paranoia.

There's something hypnotizing about Jamie Stewart's vocals, much like Antony and the Johnson's, where you know the voice is not "good" as such, but the expressiveness of the voice is so strong you don't really care that they're somewhat jarring and inharmonious. "Vulture Piano" has a relatively danceable beat where Stewart's vocals weave in and out of the downright Postal Service like melody. It is this delicate balance between beauty and revulsion that Xiu Xiu seems to have mastered, like on "Bishop, CA" that seduces you with a deep, resonant keyboard and Stewart's isolated vocals, but then the song suddenly unleashes a tidal wave of sound that knocks you off your feet that breaks down into Stewart whispering leaning my head on the refrigerator/crying for the stupid world we share. It's almost the ultimate bait-and-switch of emotion.

"The Fox & the Rabbit" is as tender as Xiu Xiu gets without becoming downright pleasant. The music stays surprisingly (and refreshing) low-key for most of the song until it builds into a restrained frenzy at the end, giving it an oddly Radiohead sort of feel to it. Of course, just to keep us on the ledge, The Air Force closes with the terrifying spoken word and screeching strings "Wig Master" where such pick-me-up lyrics like loneliness isn't being alone/its when someone loves you and you don't have it in you to love them back comes drifting out of the background. (Yeah, talk about being cheery).