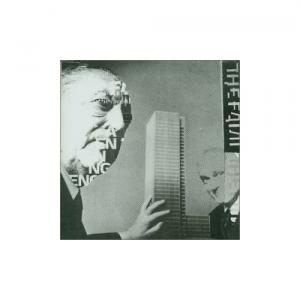 "Agenda Suicide" by The Faint

I'll be the first to admit that if you're going to let your personal philosophy take cues from popular music, it's probably best to let folks like Billy Bragg or The Clash set the agenda rather than a glitchy new-wave revival outfit like The Faint do it. Unless, of course, your personal philosophy rotates around nightclubs, sex and Neu albums on vinyl.

"Agenda Suicide" is the exception to that rule. The Omaha electro-dance band offers a rare glimpse of meaning on the lead single from 2001's Danse Macabre posing an almost existential question: When you're on your death bed, will your life of working and consumer consumption seem to be a rather petty waste of your time on this mortal coil? Will you devote yourself to something other than the live-to-buy agenda that's become a shallow stand-in for the American dream?

In a flash of insight "Agenda Suicide" says it's about time to get up off your ass and think about that situation before you're receiving your last rites. Of course, the band's combination of groaning new-wave synths and a big, booming back beat — which is perfected on this track better than anything recorded before or since by the band — makes the anti-consumerism existential crises sound really, really sexy. Stuck halfway between nostalgia for '80s synth-pop and the technologically obsessed modern electronic world, "Agenda Suicide" is sleek and so immediately accessible, it's possible to enjoy the tune without giving the band's out-of-character philosophical musings much thought.

That'd be shortchanging The Faint and yourself, though. Let's be realistic, here. I'm not saying it's time to quit your job and make good on your dream of becoming a golf pro. We all have bills to pay and real-life responsibilities we, quite simply can't ignore, but are we going to let define every last ounce of our being? Don't we owe it to ourselves to make a sliver of our soul's still ours, and make the time to paint pictures, to play in a local band, mess about with your camera, train for a triathlon, volunteer with disadvantaged children or do anything more meaningful than watch television and drool over the latest Crate & Barrel catalog?