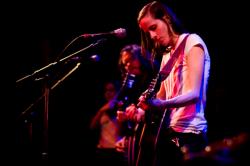 Sera Cahoone's CD release party went exactly how one should. The Tractor couldn't have been a better venue to host the sold out celebration. I always feel at home in there, and the diverse Sera Cahoone crowd was full of happy people exchanging smiles regardless of whether they knew each other or not. Carrie Biell and her band were a perfect way to start the night. Her soft voice was complimented nicely by the warm pedal steel. Filled with great guitar harmonies and a mix of slower and more upbeat songs, her music fit very well with Sera's.

Panda & Angel took the stage next. They definitely brought the energy and sound levels up in the Tractor. The genre was hard to pin down but the moody poppy songs were filled with driving melodies that all had a unique vibe. I think I would have enjoyed them more if they opened the show, leaving the two more twangy acts back to back. 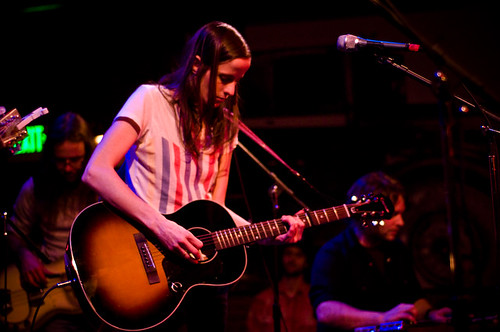 Finally Sera Cahoone and her entire band arrived on stage and full of smiles. The group of amazing musicians thanked the crowd and introduced friends and family who came out for the release party. The new album Only As The Day Is Long dominated the set list and rightfully so. The album is truly something special to experience live. The softer more simple tracks really showcased Sera's voice, including the rhythmic album opener "You Might as Well." 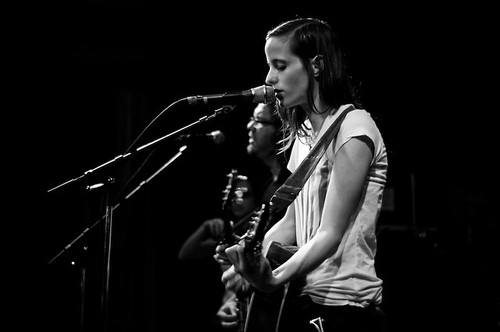 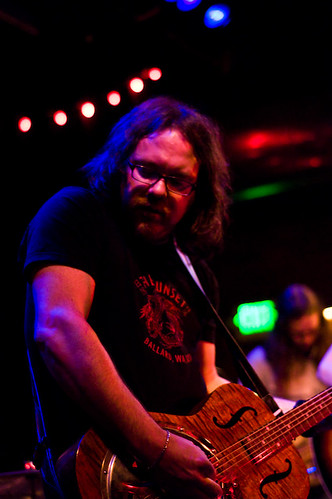 Each member of the full band brought something special to the table. Jeff Fielder is such a fun guitar player to watch. He was constantly switching between several guitars throughout the night and offering his experience on the softly plucked banjo. Erica Johansen's violin brought new life into each of her songs, while Jason Merculief's drumming did fellow drummer Cahoone proud, keeping a perfect pace in the back. His mix between a delicate use of brushes and a steady hard kick lived up nicely to the drums I was so impressed by on the record.

Jonas Haskins held up the rhythm section, playing great bass all night. "Only As the Day Is Long" showcases a new addition to her band, Jason Kardong, accompanying many of the songs on pedal steel. Jay's soulful steel never felt forced and really made the songs for me. Plus you can tell he's having a blast doing it. His work shined on many of last night's songs, including my favorite track of the new album, "You're Not Broken," with lyrics that are as truly beautiful as they are sad. 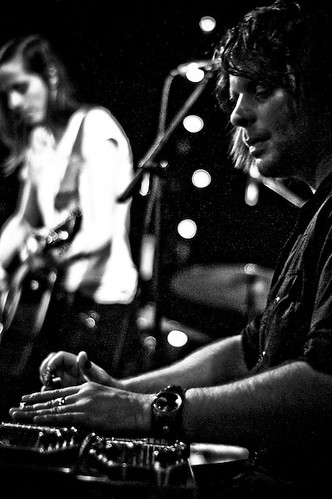 Many old favorites were played as well including my personal favorite from her prior record, "Couch Song." All in all the band played an energetic long set and answered the sold out crowd's chant for an encore, including one softer, sad song from the new album featuring Sera accompanied only by Jeff's subtle banjo. Ending the night was a full-on sing-a-long, bringing out both the full band and other friends, including members of The Maldives. 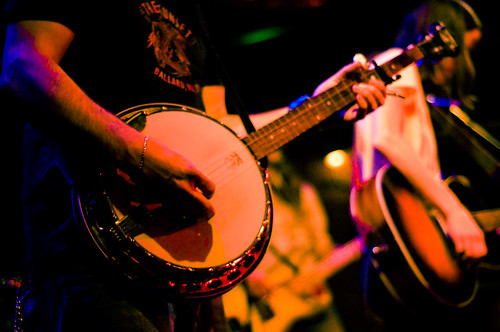 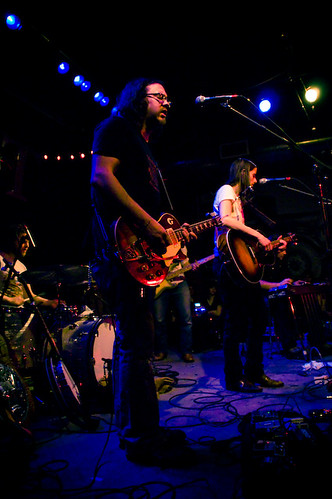 I personally want to thank Sub Pop for putting out such a great piece of music that really makes me proud to be living in Seattle.

Congrats to Sera and her band. I'll see you at Sasquatch!