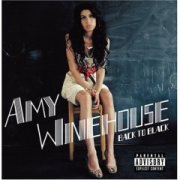 The Mad Professor February 21, 2007 no Comments

If you'd never heard of Amy Winehouse before, on listening to Back To Black you'd probably assume she was some seasoned black jazz/soul singer from Detroit or Down South from 40-some years ago and not some scrawny young white 23 year-old Jewish girl from Enfield, London. OK — no points for you for guessing which — that one was too obvious…

With the release of her highly acclaimed Jazz-influenced debut album Frank in 2003, Amy thrust into herself into the limelight at the tender age of 19. Many accolades followed, including nominations for the Mercury Music Prize, two Brit Awards, and winning of an Ivor Novello songwriting award. However, rather than relishing her new-found media attention, she stopped performing for over a year and took up eating disorders, smoking weed, and heavy drinking instead. Coupled with a bout of depression following a break-up with her then boyfriend, Amy quickly developed quite a reputation with the very finest of the British tabloid news rags as a bad drunk and generally a bad girl. Public performances along these lines included heckling Bono at the Brit awards and causing a drunken stir on the Charlotte Church Show (OK, so I'm with you on both of those, Amy).

Of course, with the pressure to surpass Frank for her next album, being a bad drunk (as Amy freely admits) doesn't always sit well with your managers. So they tried to force her into rehab, an idea that didn't sit too well with Ms. Winehouse. Rather than play ball, she instead dumped her management company (skipping rehab) and turned her next album Back To Black into a semi-autobiographical recap of her last couple of years. However, this time around, instead of drawing again from Jazz influences, Amy went with girl-band Soul/R&B of the 50s and 60s instead, and in so doing came up with a contemporary soul album for the ages and my pick for 2006 album of the year {imaginary ed note: the record releases stateside on March 20th}.

Back To Black opens with the UK hit single "Rehab," a catchy and fitting intro to Amy's story, where she asks why she should go into rehab, "If my daddy thinks I'm fine…" However, the real wonder of Amy's talent becomes apparent on the next song "You Know I'm No Good." Apart from Amy's powerful blues/jazz voice that sits somewhere between Billie Holiday and Anita O'Day, we get to hear something of her real lyrical talent and subtle stylistic originality.

"You Know I'm No Good" opens with a strong hip-hop beat. However, once Amy and the band join the fray, you soon find yourself surprised, yet pleasantly immersed in a stellar 60s soul rendition of a Tango (if you don't believe me, go listen to the live acoustic guitar version on Amy's MySpace page). Also on this track, the sublimely crafted musical arrangements that pervade the whole album really pay off, as Amy's bluesy voice and a simple rhythm section are brought forward, while the band, horns, and backing vocals are pushed back — just enough. With the volume up, the final effect is quite intoxicating, coming across as both nostalgic and contemporary at the same time.

Not to be outdone, Amy also seduces us with her continued autobiographical, lyrical adventure, though this time drawing upon the emotional highs and lows from when she and her boyfriend were both cheating on each other, with lines like "You say 'What did you do with him today?' / And sniffed me out like I was Tanqueray … By the time I'm out the door / Your tear men down like Roger Moore" leading to the inevitable realization of how this must end: "I'm in the tub, you on the seat / Lick your lips as I soap my feet / Then you notice likkle carpet burn / My stomach drop and my guts churn / You shrug and it's the worst / Who truly stuck the knife in first."

While many albums these days often start out great, but either quickly fade or become monotonous, Back to Back keeps up the quality and never sags. For example, "Me & Mr. Jones" is a 50s/60s soul song that wouldn't seem out of place on the soundtrack of American Graffiti (if it weren't for the R-rated lyrics) while "He Can Only Hold Her" equally wouldn't seem out of place on Cutis Mayfield's classic soundtrack, Superfly. Then on "Some Unholy War," Amy is at her most Billie Holiday-esque and closest to her previous album Frank, while on "Tears Dry on Their Own," Amy is her closest to 60s girl bands like The Supremes she stated as her main influences for Back to Black.

Finally, the title track "Back to Black," perhaps the standout track on the album, is a sumptuously arranged nostalgic and soulful film-score lament on the pain of having loved and lost. Listening to Amy delivering the plaintive chorus, "We only said goodbye with words / I died a hundred times / You go back to her / And I go back to black," you can understand why Ms. Winehouse has recently been mentioned in conjunction with performing the title song for the next James Bond movie.

All I can say about that is: move over Miss Shirley Bassey!

Addendum:
Amy received two Brit Award nominations this year, for Best British Album and Best British Female Vocalist (which she won). Best album nominees also included Arctic Monkeys, Snow Patrol and Muse. Compare that company with the Grammy nominations this year and I rest my case… Luckily for US audiences, Back to Black's UK successes have garnered it a US release slated for March 2007 and got Amy a gig at the Coachella music festival in California, April 27th-29th, 2007.