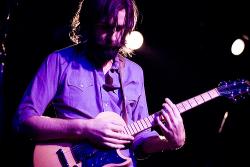 Ben Bridwell and his Band of Horses have been no strangers to their old home in recent months. They have offered Seattle fans a secret all-ages show at the Vera Project, an Easy Street Records in-store performance, and back to back nights this past week at the Showbox. Tuesday nights all ages show was the second packed night at the Showbox and fans were in great spirits to see BOH.

Unfortunately, I showed up a little later than I had planned and missed Tyler Ramsey's set. However I was pleasantly surprised later in the night to see him playing guitar for the Band of Horses.

When I arrived inside, the Drones were bringing their Australian rock in full force to the Showbox crowd. I wasn't previously familiar with the second act yet they captured the crowds full attention. The heavy songs had very dark, drunken lyrics that fit the actions of singer Gareth Liddiard.

After what felt like a fairly long setup Ben entered the stage playing slide guitar for several songs. Joined by Tyler Ramsey, they opened up with a great version of "Monsters." The all ages fans got a kick out of seeing one of their own up on stage playing tambourine with the Horses. Ben invited birthday boy, six-year old Neko, to play with them during one tune.

Their new album Cease to Begin has gotten a lot of praise as well as criticism. Regardless of the hype, I have grown to really enjoy it and loved hearing several of its best songs Tuesday night. "Island on the Coast" and "Cigarettes, Wedding Bands" were my personal favorites. 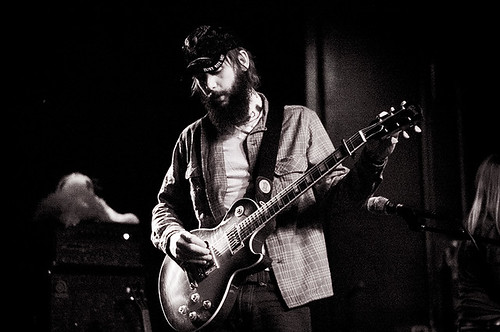 The fans both younger and older seemed to really enjoy the set. I was surrounded by many people who had seen the band before and were just as excited. Regardless of where they go in the future and whether you agree with their Walmart endeavors, we cannot forget where they came from and that Seattle and its fans helped make BOH what they are today. 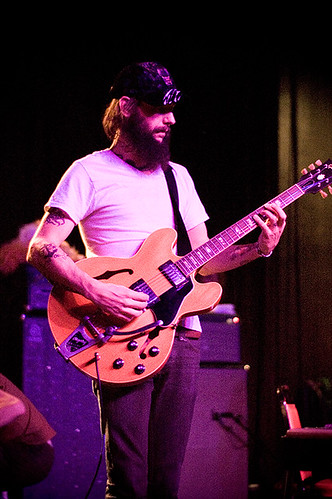