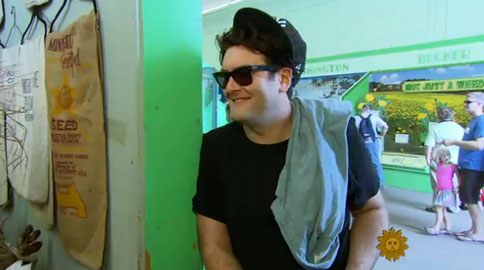 I'm guessing that by Sunday morning, most of us were exhausted from all the non-stop Barsuk celebration fun.  That's to be expected; when some of the nicest people amass some of our favorite bands to play *together* in mini-fest style, beauty sleep goes out the door.

So, in case you were one of the people catching up on your zzzzs Sunday and slept through this week's episode of CBS's Sunday Morning, I wanted to share one of the stories premiered this week. Seattle's own* Ben Lashes** is featured in a segment! There are many reasons you'll love watching it (give it up for Grumpy Cat!), but your 2003 heart will burst at the 1:04 mark.

Is it any surprise that he's the force behind many an internet star cat?

*I know full well that Ben has been living in L.A. for years now, but he'll always be a Seattle boy in our imaginary world.