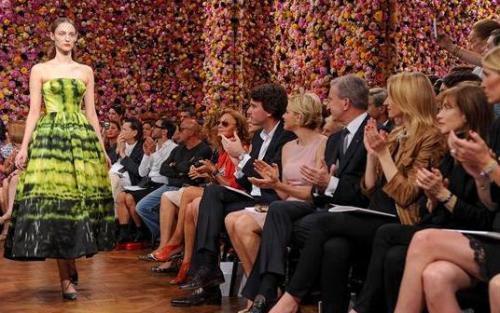 If for some reason over the past month you’ve missed the TIG SIFF team’s extensive coverage, overlooked the ’round-the-block queues at some of our fine local movie houses, and/or remained oblivious to the palpable cinematic energy felt throughout the 206 and surrounding area codes, you’ve been at least vaguely aware that our local cinema megathon was going on at some point between opening night mid-May and closing night Sunday.

On Thursday SIFF Cinema kicks off a ‘best-of’ series that whittles down the gargantuan festival lineup to 18 programs (17 features and a shorts package) of festival award winners and audience favorites, all screening at the Uptown and Film Center through Sunday, with a few multi-screening engagements through next week. Perfect opportunity to see what all the buzz was about if you missed out on SIFFing altogether for some reason, or if the insane schedule made you pick a certain film over something else you really wanted to see, or if the #SIFForty SIFFatigue got to you early and just caused you to give up.

Or maybe none of those scenarios applies and you’re just interested in checking out some good films. In any case, you’re in luck, because there are some genuinely fine cinema experiences to be had. Here’s the lowdown on the lineup.

How to Train Your Dragon 2

{opens June 12, various times daily, Uptown}
Roxie Rider gave this “absolutely wonderful” animated sequel some high praise: “All of the battles are exciting and suspenseful, and the dialog is snappy and funny, but this film is special because of the strength of the story. The plot isn’t merely a series of set-ups for set-piece battle scenes. It wrestles, sincerely and unironically, with issues including family, loyalty, duty, free will, and the pursuit of peace.”

Borgman
{June 13-15, 8:30pm daily, Film Center}
I heard very positive rumblings around this dark Dutch film and was sorry to’ve missed it during the festival. I’m glad to have the chance to catch it now. SIFF synopsis: “Dark comedy shades a twisted fairy tale into psychological and class warfare as a vagrant named Borgman finds temporary refuge in an arrogant and affluent suburban home. The family faces off with their guest in this sinister social satire on the nature of evil.”

Ida
{opens June 13, various times daily, Uptown}
This gorgeous ’60s-set drama, about a young soon-to-be nun facing hard truths about the (Jewish, it turns out!) family she was separated from at birth during WWII, may prove to be Polish director Pawel Pawlikowski’s masterpiece. Odd-couple interactions with the prospective nun’s one surviving aunt are beautifully executed, with fantastic performances throughout, and the exquisite black-and-white photography manages to be bleak and dreamy all at once. A quiet stunner, and a true SIFF 2014 highlight. Do not miss it.

My Last Year With the Nuns

{7pm, Uptown}
Local monologist Matt Smith goes on a major nostalgia-indulgence trip, passionately recounting memories of his young-teen years in the ’60s, exploring the heavily Catholic Capitol Hill neighborhood during a far less PC era. Key here is local: if you think Seattle is the be-all and end-all, you might enjoy this well-intentioned film more than I did.

Red Knot
FIPRESCI Prize: Best New American Cinema
{9pm, Uptown}
Per SIFF, this is a “beautifully shot meditation on love and loss” in which a New York couple falls into marital crisis while on a research vessel on route to Antarctica. According to The Stranger, “the dialogue-free moments work better than the scenes in which Chloe and Peter yell at each other.”

Grand Jury Prize: Documentary
{4:30pm, Uptown}
SIFF synopsis: “Underneath the Colombian village of Marmato lies one of the world’s biggest gold reserves, and the local men risk their lives every day to mine for it. Marmato is a documentary about the foreign investment that caused this corporate gold rush and the individuals who must fight to maintain their way of life.”

10,000KM
Grand Jury Prize: Best New Director
{8:30pm, Uptown}
This fresh, intimate, insightful hetero-romance drama begins with a very impressive 25-minute single shot in the Barcelona apartment of (hot) couple Alex (Natalia Tena) and Sergi (David Verdaguer) nearing the end of some (hot) sexytime, then tracks through a tense discussion about a turning point in their lives. And then we don’t see the couple in the same room together again for quite a while. In the meantime we spy on months’ worth of their Skype calls, emails, Facebook posts, Google Earth lookups, and Alex’s photos of Los Angeles, where she’s accepted a one-year gallery residency. It’s an interesting way to reveal the pair’s fraught, long-distance narrative, and it all seems very now — but only for the moment, of course.

Youth Jury Award: Best Films4Families Feature
{11:30am, Uptown}
I saw the trailer for this film a couple times during SIFF, and it seems to give away a good deal of the plot. I wouldn’t know for sure, though, because I’m unfamiliar with the 1960s source novel by Cécile Aubry. Per SIFF, this adaptation is an “inspiring story of a boy and his dog who guide Jewish refugees to safety across the alps” and “a charming homage to the beloved live-action nature films of Disney, but with a pulse-pounding World War II subplot that will thrill audiences of all ages.”

I Am Big Bird: The Carol Spinney Story
{1:30pm, Uptown}
If you’ve been an American child since 1969 you’ve encountered Carol Spinney, who has performed as Big Bird (in the suit to this day, and he’s now 80 years old!) and Oscar the Grouch on Sesame Street from episode one. This rather somber doc doesn’t have the slick twinkle of The World According to Sesame Street and Being Elmo, but Spinney’s not a twinkly sort of fellow. The film’s wall-to-wall emotion music is a bit much, but still I dare your eyes to stay dry when Spinney performs “It’s Not Easy Being Green”, as the Bird, of course, at Jim Henson’s memorial.

Dior and I
Special Jury Prize: Documentary
{4pm, Uptown}
Don’t let the grammatical iffiness of the title’s English translation put you off — this documentary about incoming artistic director Raf Simons’ first haute couture showcase at House of Dior is very much on point. Well-versed fashion-doc director Frédéric Tcheng (Diana Vreeland: The Eye Has to Travel) successfully combines the ticking clock and pre-catwalk craziness of Project Runway with the slick production and fashion-fetishism of The September Issue, and peppers in some eerily revelatory narrated snippets from Christian Dior’s memoirs. Simons is an intriguing subject, and his emotions around his creations are palatable. Really fun doc, très à la mode.

Life Feels Good
Golden Space Needle audience award: Best Actor
{6pm, Uptown}
Dawid Ogrodnik turns in a miraculous, go-for-broke (and now SIFF award-winning) performance as Mateusz, a man with cerebral palsy who yearns to be understood by his family and friends. Advanced-level visual storytelling does an amazing job of conveying the intense frustration that accompanies an inability to make one’s thoughts known – especially when life gives the opposite of what’s hoped for. Marvelously sublime moments throughout make it easy to see why this very sweet film has captured the imaginations of audiences around the world.

The 100-Year-Old Man Who Climbed Out the Window and Disappeared
{8:30pm, Uptown}
I’m thinking of checking out this fun-sounding Swedish box-office smash (which had its North American premiere at SIFF) about a man who escapes a nursing home on his hundredth birthday. Per The Hollywood Reporter: “Despite its inventive plotting and infectious irreverence for historical events, it’s far too easy (and scary) to imagine this elaborate comedy as a dumb Adam Sandler vehicle.” Ohh. Hmm.

{12pm, Uptown}
Award winners, runners-up, and audience favorites from SIFF 2014’s various shorts programs. I for the most part enjoyed Rhino Full Throttle, the only short in this program I saw during the fest, and the film that ultimately won the Short Animation jury prize. (It doesn’t seem that any of the Family Picture Show shorts singled out by Roxie Rider and family made it into this package.)

Boyhood
Golden Space Needle audience awards: Best Film, Best Director, Best Actress
{2pm, Uptown}
In tracking the evolution of a young man named Mason and his family — shot over 12 years, using the same cast throughout — Richard Linklater has achieved something quite unlike anything I’ve ever seen in cinema. It consists of 164 minutes that don’t necessarily fly by: like life, it’s sometimes boring and imperfect, and change can reveal itself so gradually that you only notice it in aggregate. But though you might not realize it for a while after you’ve seen it, Boyhood is a quiet triumph.

The Nightingale
{6pm, Uptown}
Per SIFF, this “ravishingly beautiful” film is about a “Chinese road trip through spectacular mountain villages”, a granddad seeking memories, and a granddaughter finding simple wonders. Per The Hollywood Reporter: “Lush technical values, an engaging turn from its leads and some contextual relevance to Chinese society keeps the film from dwelling on its much-performed tune.”

In Order of Disappearance
{8:30pm, Uptown}
The SIFF description aptly calls this wonderfully dark pan-Scandinavian crime comedy “Dirty Harry meets Fargo“, and watching it definitely brought to my mind the latter. Stellan Skarsgard is amazing as a snowplow driver who will stop at nothing (seriously, nothing) to bring his son’s drug-criminal killers to justice – but what seems at first to be a very fun revenge tale spirals chaotically after initial plans are set in motion. The film’s narrative delights in confounding expectations; the viewer in turn delights in good performances and highly accomplished movie craft.