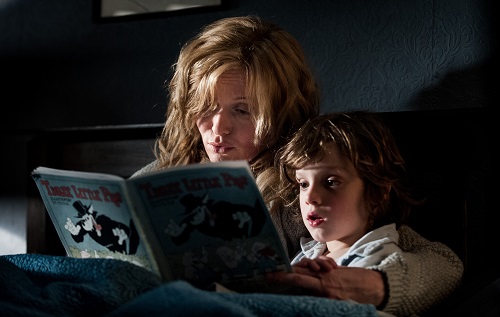 Beyond the Fest: SIFF films that will (hopefully) open soon

With over 400 films playing the 40th Seattle International Film Festival, there was NO WAY I was going to be able to watch and write about what got me into those theater seats before the festival was over—or, more importantly, before they screened for the last time during it.

Here’s a quick list of films that I recommend tracking down for viewing. Fingers crossed they will ALL show up at Seattle theaters soon!

Holycrap, you guys. HOLYCRAP. I was not prepared for how awesome this Australian horror film would be. I mean, how scary can another spin on The Boogeyman actually be, right? The answer, though, is REALLY F’ING SCARY. The basics: grieving mom, out-of-control son, creepy book, unleashed creature, possession, and some really amazing imagery. The Babadook is a non-stop ball of tension from beginning to end, the acting is freaking amazing, the creature F/X are great. I can’t even express how surprised I was by this movie, and how utterly terrified I was while watching it. Bonus: The Babadook pop-up book featured in the film is so goddamn cool! I hear the filmmakers are considering a kickstarter to produce it for real, and I am prepared to throw my money at them as soon as they do.

Bryan Storkel brings us another tale of the secret lives of Christians, but instead of showing us pastors who gamble, this film dives into pastors who moonlight on the mixed martial arts/cage fighting circuit. Wait, what? Let’s just say it’s a lot scary than Holy Rollers—particularly when you realize these guys are teaching their beliefs about beating the crap out of other guys being a “spiritual” thing to their kids, and even moreso when it extends beyond the arena to the gun range. There’s a lot of talk about how most churches aren’t geared towards men (wait, WHAT?) and about how punching someone else in the face over and over is “God’s will.” It’s a fascinating documentary and a good watch, but I definitely felt like hurling after seeing that much delusion on screen.

I can’t say I love  this as much as I love Wet Hot American Summer, but Amy Poehler and Paul Rudd definitely make this worth watching. I appreciated a nod to all the ridiculous little romantic comedy details in here, and the weird, off-brand humor bits Director David Wain puts into everything he does. I say this as a girl who loves romantic comedies and kind of hates them too: Wain nailed everything about them that doesn’t make sense, and even when he draws things out (and out … and out … and … OUT) for the sake of a joke, it never feels too long. Also, Melanie Lynskey has a small part as a matchmaking friend, which enhanced my viewing enjoyment.

The One I Love

It’s tricky to talk about this year’s closing night film, because saying too much will give away all the fun! But this (mostly) comedic feature debut from Charlie McDowell is pretty boss. Mark Duplass (this guy! he’s so good in everything) and Elisabeth Moss are PERFECT as an exasperated couple who head to a weekend escape to try and save their failing marriage, and they make every second of screen time hilarious and exciting.  I LOVED it, and I can’t wait to see it again, because I definitely think this is a film that will reveal more with each viewing.

“I send a sweet hello, to all the girls in Tokyo…” What’s that? I’m sorry, I got lost in Tennis Pro rock and forgot I was writing about the FILM they’re in, instead of having my own private dance party—which is kind of how I felt while watching Big in Japan, the semi-fictional movie about Tennis Pro’s quest for fame. Big in Japan is a big ball of fun, and it made me want to see them live again immediately, plus gave me a new appreciation for each of their multi-talents: Phil Peterson KILLED it, Sean Lowry looked like he was born to be a film star, and it was an awful lot of fun seeing my buddy David Drury’s alter-rock-star-persona.  I was smiling throughout the entire film!

I’ll just leave this right here so you can get a glimpse of the awesomeness for yourself: