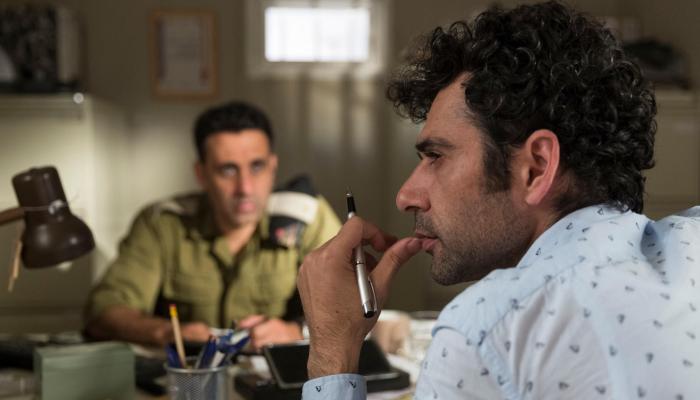 Another year, another SIFF, another Best of SIFF program. If you feel in any way under-SIFFed — and at this point I can’t imagine that scenario myself but I do realize not everyone is a cine-glutton like I’ve been the past few weeks — this Friday through next Thursday may hold the SIFFillment you seek.

Once again the festival programmers will be serving up a diverse slate of feature, documentary, and short film award winners and audience favorites. There really are some great ones in the bunch — Vai and Raise Hell and International Falls and The Awakening of the Ants would easily be best-of-fest contenders if I were doing the picking. (Also in that select group, and not in this program but playing at the Uptown in a regular run, is Olivier Assayas’s latest film, Non-Fiction, co-starring the luminescent Juliette Binoche in a sharp, funny, very French ensemble comedy about the ever-adapting world of publishing. See that too while you’re in the LQA! Also note: Jim Jarmusch’s star-studded zombiefest The Dead Don’t Die, a late addition to the festival schedule, is starting a theatrical engagement, too, at the Egyptian; ask me what I thought of that one after this weekend.)

Full “best of” schedule appears below, along with some parting thoughts on the selections covered by the TIG team this year. All screenings at SIFF Cinema at the Uptown.

6:45p Sink or Swim
{First runner-up, feature, Golden Space Needle Audience Award}
Mathieu Amalric heads an all-star French cast as a man who, suffering from a mid-life crisis and prolonged unemployment, puts together his local pool’s first all-male synchronized swimming team. It essentially becomes a “ragtag misfits put on a big show” movie, and it’s a lot of fun, despite some head-scratcher choices made by some of the characters after the narrative really gets moving. And Guillaume Canet, as a dour divorced dad, seems to be in a different movie entirely – though I’d totally see his stark, contemplative drama on a different day. Amid the buoyancy, though, his storyline is kinda the “sink” here.

9:20p: International Falls
{Grand Jury Prize: New American Cinema Competition}
Dark, quiet comedy that reminded me of Anne Tyler novels in which unfulfilled female characters take breaks from their lives, departures that seem both sudden and overdue. International Falls is set far from Baltimore, though, in the titular Minnesota border town, where a burned-out, passing-through road comedian (Rob Huebel) meets a dispirited local wife and mom (Rachael Harris). The hijinks that ensue are on the glum side, but they’re never uninteresting, and they get more “ha-ha” funny as the narrative gets more acerbic. This film almost seems custom-made for SIFF audiences. (Imaginary Amie liked it too!)

1:15p: We Are the Radical Monarchs
{Best Documentary: Golden Space Needle Audience Award}
Per SIFF: An Oakland group for young women of color, ages 8-13, is at the front lines of social justice. (Per me: I’m very glad to have another chance to catch this one.)

3:45p: Raise Hell: The Life & Times of Molly Ivins
{Second runner-up, documentary, Golden Space Needle Audience Award}
Hands down the funniest film I saw at SIFF 2019 was Janice Engel’s lively, joyful doc that follows journalist Molly Ivins’s career from Houston to Minneapolis to Austin’s lefty Texas Observer to The New York Times and then back to Texas, syndication, books, nationwide fame. All while the civil rights movement, McCarthyism, multiple Bushes and 9/11 were happening. Media enthusiasts and transplanted Southerners (I am both) will probably have an extra-special appreciation for the subject and the humor. But I dare anyone to watch footage of Ivins’s public appearances and not find it better than some standup you’ve seen. She was smarter than anyone you know, and an absolute scream; more than a decade after her death, her voice continues to speak resonant truths that feel fresher than ever.

6:15p: Top End Wedding
This audience fave tells the story of a young Indigenous woman whose mother goes missing when she brings her exasperating white-dude fiancé (I mean seriously, when will characters in movies realize it’s actually possible to turn off a phone’s dumb-ass ringtone??) home to Australia’s Northern Territory. (Way up north, the “top end” of the country/continent — get it?) There are some very sweet moments, and some rom-com stoopid ones, in a film that’s about 15 minutes too damn long, yet still has far too little of the actress Ursula Yovich, who plays (spoiler alert!) the runaway mom and whose amazing scenes seem to’ve been swiped from a much better movie.

1:15p: Our Bodies Our Doctors
{Lena Sharpe Award for Persistence of Vision}
Per SIFF: The daily lives of abortion providers are chronicled in this doc that goes behind the scenes of reproductive health centers.

3:15p: House of Hummingbird
{Grand Jury Prize: Official Competition}
Per SIFF: 14-year-old Eun-hee struggles with social pressure, her sexuality, and her indifferent family during the summer of 1994.

8:30p: Best of SIFF 2019 Shorts: Audience Award Winners
Favorite short films from SIFF 2019, as chosen by audiences ripping into numbers printed on sheets of paper (which still seems to be really difficult for some people and I don’t get why) to vote.

6:45p: Vai
{Third runner-up, feature, Golden Space Needle Audience Award}
Eight related-ish vignettes directed by nine Indigenous female directors from the Pacific Islands, each led by a different regional actress, each playing a character named a variation of the word vai —”water” in Maori. This is a sequel of sorts to last year’s Waru; while its predecessor’s tales all surrounded one particularly tragic death, Vai celebrates the fullness and fluidity of life. Ritual and custom are gloriously front-and-center, stirring and powerful even if they don’t happen to be your own. And, of course, the water-centric South Pacific locales are stunning to behold. A refreshing tonic of a movie, pure anti-toxicity therapy.

9:15p: The Awakening of the Ants
{Grand Jury Prize: Ibero-American Competition}
In Antonella Sudasassi Furniss’s surprising and effective debut feature, the many frustrations of a young homemaker (Daniella Valenciano, a sort of Latinx non-comic Sarah Silverman) begin to present themselves in surreal ways — and yes, actual ants do actually awaken. A beautifully shot and wonderfully executed film that knocks you out quietly and gradually.

9:15p: Best of SIFF 2019 Shorts: Jury Award Winners
Pretty self-explanatory: short-subject jury awardees from SIFF 2019. No idea if sheets of paper or ripping were in any way involved.

6:45p: Tel Aviv on Fire
{Best Film: Golden Space Needle Audience Award}
In 1967, ahead of the Six-Day War, a lowly production assistant on a Palestinian soap opera has a chance encounter with an enthusiastic (and more than a tiny bit assholish) Israeli checkpoint commander (who Bobby Cannavale should totally portray in the inevitable English-language remake). The soldier’s ideas for the show help the PA, at first… but things soon get complicated. This is a broad and amusing comedy with a good “can’t we all just get along” message, and I absolutely got hooked on the insane show-within-the-movie. (Seriously, bring on season two.)

4:15p: The Woman Who Loves Giraffes
Per SIFF: Canadian zoologist and feminist trailblazer Anne Innis Dagg is the Jane Goodall of giraffes.