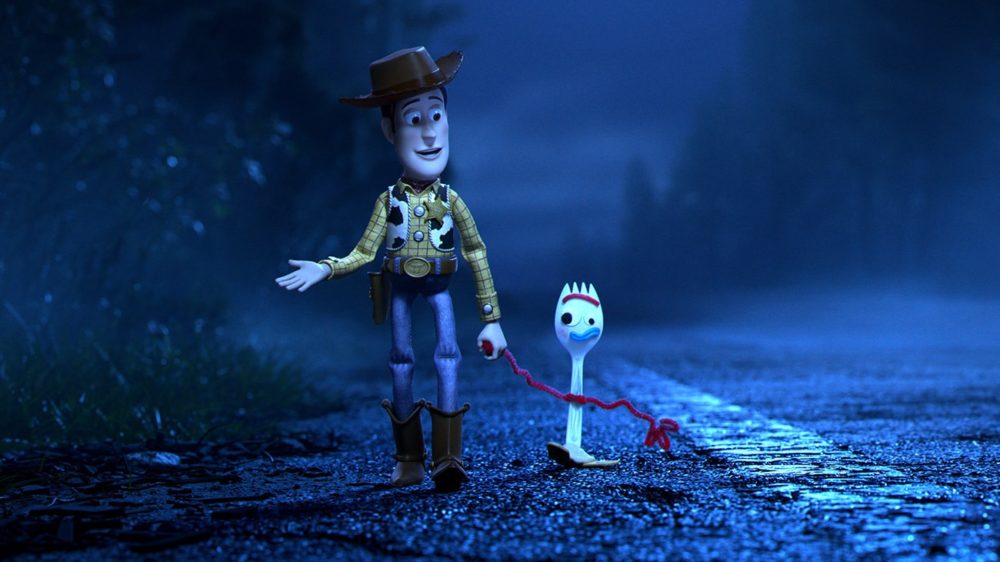 Pixar has done it again: Toy Story 4 took me right back to those beautiful days of childhood bliss.

In this fourth feature adventure, we’re run through the trilogy thus far with a montage set to “You’ve Got a Friend In Me,” and spend a little time with Andy and Molly again to witness Bo Peep’s parting from the family.

Flashing forward to Bonnie’s house, we see that Woody’s been cast aside in favor of Jessie (TBH, when Bonnie pinned his sheriff badge to Jessie’s shirt I almost cheered), and he watches her playtime wistfully from the closet with a few other sympathetic forgotten toys — including Chairol Burnett (voiced by Carol Burnett), and Bitey White (a tiger voiced by Betty White).

But loyal Woody would still do anything for his kid, so when she heads off to her first kindergarten experience he sneaks into her backpack and helps her create Forky (Tony Hale) from the sidelines. Bonnie immediately loves Forky, but he’s a bit of a neurotic mess who doesn’t quite understand his place in the world and Woody has to keep reminding him that he’s a TOY, not trash.

While on a road trip (a reward to Bonnie for braving her school orientation), Woody follows Forky out the RV window and retrieves him. On the way back to the family, he sees Bo’s lamp in an antique store where Gabby Gabby (Christina Hendricks) resides with her squad of TERRIFYING ventriloquist dummies. Initially kind, Gabby reveals that her voice box is broken — and Woody has the perfect fix located inside his stuffing. *shiver* 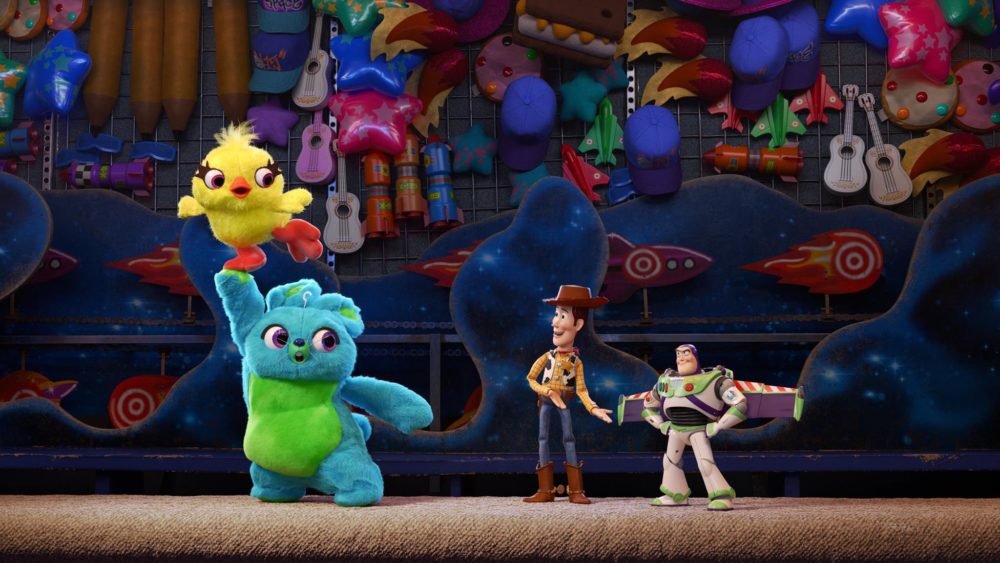 After a daring escape, Woody finds Bo again and she’s changed from the clever lamp guardian to a kick-ass survivalist who helps broken and lost toys by repairing them — and Gabby and friends are her biggest nemeses. The whole film is an amazing comedy about reconnecting with someone you love, finding your own worth, and realizing that sometimes things change … and that’s perfectly and totally okay.

Guys, there is SO MUCH TO LOVE about this film. Even though the core TS gang is pushed to the side a bit to give Bo, Woody, and Forky the main spotlight, I was absolutely thrilled with the directions the characters were taken in, and also with the new characters that were introduced.

Forky is the most endearing little plastic spork EVER and I died laughing every second he was on screen; Ducky & Bunny (voiced by Key and Peele) were hilarious; Giggle McDimples (Ally Maki) was a fantastic tiny Polly-Pocketesque officer, and everyone’s fave boyfriend Keanu killed it as Duke Caboom: Canada’s Greatest Stuntman.

And Gabby, well – I won’t spoil anything, but I thought I was actually going to make it through a Toy Story film without crying and she is definitely the reason I didn’t. Like, even a little bit. Full on heaving. Snot-nosed, sniffling, sobs. Tears pouring down my face … my mascara did not stand a chance.

I’m just so happy that entry into the TS cannon does what every other story has done so well: beautifully layered meta-nostalgia that makes the viewer feel like a kid again, and reminds us of our more innocent years.

Nice job, Pixar. Can’t wait for the next one!