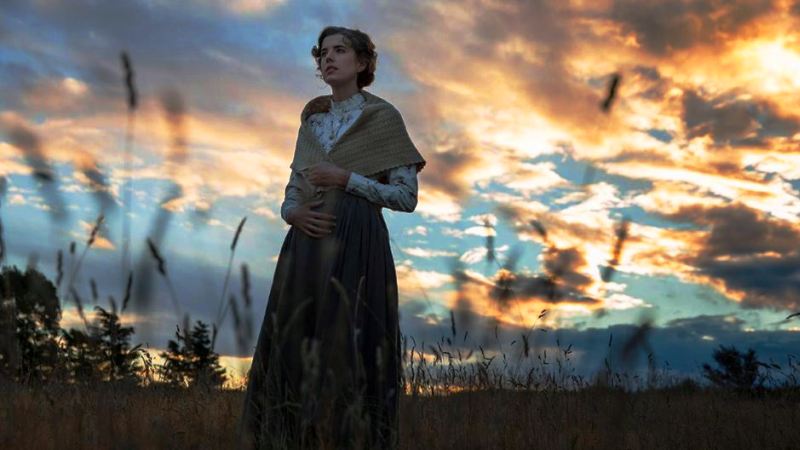 Are you feeling under-SIFFed? Well, this Friday SIFF Cinema kicks off a ‘best-of’ series that whittles down the gargantuan SIFF 2016 lineup to 13 programs (12 features and a shorts package) of festival award winners, audience favorites, and at least one potentially popular film whose screening was interrupted by that pesky power outage in Lower Queen Anne (Burn Burn Burn). Individually scheduled screenings take place at the Uptown through next Thursday, with two additional week-long engagements (The Last King and Sunset Song) playing a few times per day.

This is a lovely (and reduced-chaos) opportunity to see what all the buzz was about if you neglected SIFFing altogether for some reason, or if the insane schedule made you pick a certain film over something else you really wanted to see, or if the #LightTheSIFFUp SIFFatigue just caused you to bow out early.

The full ‘best-of’ schedule appears below, along with some parting thoughts on the selections covered by the TIG team this year. You’ll see that we missed a few of the films that would eventually become award-winners, but come on: we reviewed and previewed about one-third (wow, we really do love our threes around here) of the ~260 features and documentaries in this year’s typically unwieldy lineup. #LightTheTIGUp

The Last King
{6/17-23, Uptown}
I went to the final scheduled screening of this 11th-century Norway adventure — early in the festival, but too late for my weekly previews. The film didn’t stick with me, and I didn’t really care for the “Game of Thrones on skis” SIFF program description. But there are warrior clans, a baby in peril, swordfights (yes, sometimes in motion, on skis), and lots of bushy red beards, if any of that piques your interest. I didn’t hate the film, and you probably won’t either.

Sunset Song
{6/17-23, Uptown}
I actually saw this one before the festival began, and its astonishing images have lingered with me. Based on a seminal 1930s novel, director Terence Davies’s latest looks at the lives of a peasant farm family in pre-WWI Scotland — the drama and the brogues are heavy, and thankfully there are subtitles. Sunset Song feels like the first installment of a multi-part family saga, and the glorious widescreen visuals are absolutely the stars of the show; they outweigh stilted performances from most of the lead performers. In the end it’s a compelling and magnificently cinematic tale, even if the telling is sometimes clumsy.

7:00pm: Spy Time
Golden Space Needle Award for Best Director
Remember when I said the TIG staff missed a few of the films that went on to win big? Well, this is one of ’em. SIFF descibes it as a “rollicking sendup of 1960s spy films” that follows a sad-sack named Adolfo as he is “targeted by a group of thugs, leading him to discover that his sausage-maker father is actually a brilliant secret agent. Adapted from the classic Spanish comic strip by Manuel Vásquez Gallego.” Sounds fun!

9:30pm: Middle Man
Grand Jury Prize for New American Cinema
I saw the trailer many, many times in front of many, many other films — so I FEEL like I saw Middle Man. But, alas, I didn’t. Here’s how SIFF described it: “This hilarious and thrilling Coen Brothers-esque comedy of errors introduces a hapless wannabe comedian (Jim O’Heir, Parks and Recreation) who finds himself caught up in a desert killing spree with an unexpected consequence — it greatly improves his stand-up.”

1:00pm: Oddball
Films4Families Youth Jury Prize
This family film starring cute animals received accolades at the Sonoma and Sedona film festivals as well. It didn’t make it into TIG’s coverage, though. SIFF describes it as follows: “When a wild penguin sanctuary is threatened by hungry foxes, their only chance for survival might be an eccentric chicken farmer and his mischievous sheep dog in this Down Under family delight. Recommended for ages 5+ (mild language and doggy mayhem).” You read that right: doggy mayhem.

4:30pm: Naledi: A Baby Elephant’s Tale
Another wildlife-wonders film we missed. Per SIFF: “More than a nature documentary, this tale of an orphaned baby elephant growing up in a Botswana rescue camp who does everything she can to survive against the odds is loaded with edge-of-your-seat moments, eye-opening information, and adorable animal footage.”

7:00pm and 9:30pm: Burn Burn Burn
This British female buddy-comedy road movie joins Seph (Laura Carmichael, Downton Abbey) and Alex (Chloe Pirrie, Youth) as they stow their late friend’s ashes in Tupperware and take off to fulfill his last wishes. Per Amie’s positive review, the filmmakers “mash up the comedy and drama so expertly you don’t even have time to realize you’ve moved from laughing so hard you’re crying at the beginning to crying so hard you’re laughing at the end.”

2:00pm: Kedi
Amie and I agreed on this touching and exquisitely beautiful documentary about the cats that have have had free rein over (and, some may argue, actually ruled) the streets and homes of Istanbul for centuries. Director Ceyda Torun does a great job profiling a variety of cats and the people who interact with them; I challenge even the most ardent feline-phobe not to be moved by their stories.

7:00pm: Sand Storm
New Directors Competition Grand Jury Prize
SIFF describes this international festival darling as follows: “Two Bedouin women, a teenager and her mother, dare to defy polygamist marital traditions in southern Israel, in this exploration of the complex relationships among women in male-dominated societies, and their revolutionary potential for change.”

9:00pm: Best of SIFF Shorts
An interesting-looking mix of domestic and international short films covering an array of topics. Our very own Imaginary Amie was on SIFF’s shorts jury this year and helped choose the documentary winner These C*cksucking Tears (which she calls “lovely and inspiring”) and the “hilarious” animation winner Carlo (whose title character has “a crush so intense his feelings create an entire world”). She also recommends Taking Flight (“absolutely adorable”), Alive & Kicking (“heartbreaking and funny”), and Simon’s Cat (which I saw and enjoyed too). Full lineup here.

7:00pm: Hunt for the Wilderpeople
The latest from New Zealand director Taika Waititi, a longtime SIFF favorite, follows a troubled foster kid who triggers a manhunt when he escapes into the forest with his cantankerous new guardian (Sam Neill). Oh, and it’s a comedy. A very broad comedy. It doesn’t really take any genre-subversion risks (like Waititi’s What We Do in the Shadows), or genuinely touch the soul (like Boy), but people went absolutely nuts for it at the sold-out SIFF screening I attended.

7:00pm: A Man Called Ove
Golden Space Needle Award for Best Actor
This entertaining adaptation of a very good novel about a busybody curmudgeon is considerably broader than its source. I found the film a bit too long, too — despite the fact that it omits one of the book’s most delightful third-act developments. Still, Ove’s tale is an engaging and relatable one, and a great demonstration of the relative comfort and safety available to the working-class citizens of a social democracy.

7:00pm: The Queen of Ireland
I reviewed this documentary about Panti Bliss, an Irish drag performer who became an accidental activist after her chatshow comments about homophobia led to international attention that helped pave the way for her country’s historic marriage-equality referendum. What begins as a fawning and sluggishly-paced patchwork of Panti-worship — the first half almost feels like a vanity project — becomes a truly moving docu-profile.