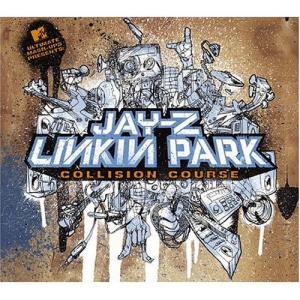 Ok, well, I don't really have a good excuse for this one. None at all. I tried to think of one mostly based on my somewhat disturbing obsession with Jay-Z's "Big Pimpin'", but how does that explain the fact that I have this bordering-on-horrific mashup of the aforementioned song and (gulp) Linkin Park? It doesn't explain jack. I'd have to say that as much as I loved DJ Danger Mouse's Grey Album, the can of mashup worms that it opened have led to some truly terrifying music, this included. Now, why would you ever think it would be a good idea of mix a classic Timbaland-produced Jay-Z track like "Big Pimpin'" with anything by Linkin Park? I mean, it is sort of like saying that what might make this peanut butter sandwich taste better would be adding rancid mayonnaise. Not a wise decision by anyone, but here we are mixing such tasty treats with such noxious pestilence. It is almost as bad as abominations like the mashup of Missy Elliot's "Get Yr Freak On" and Joy Division's "Let Will Tear Us Apart" or Busta Rhymes "Put Your Hands Where My Eyes Could See" and the Cure's "Lullaby". Truly, these songs should have been kept apart like matter and anti-matter. Of course, sometimes they work out, I mean, The Grey Album was quite a gem and the oddly hypnotic mashup of Jay-Z's "Dirt Off Your Shoulder" and the Verve's "Bittersweet Symphony" is not to be missed, but whatever possessed me to think that mixing together Jay-Z and Linkin Park would have musical merit (especially considering the the original source of the evil, none other than MTV), well, it is lost on me now. I guess I have a good victim when I need to clear space on the ol' iPod.