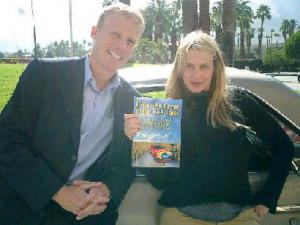 McFiller up: My Bio with Biodiesel

{Do you realize it’s possible to own a new or used car that can cost-effectively run on possibly the most readily-available American by-product: french fry grease? And you don’t need to make the fuel yourself — in Washington State alone there are 15 biodiesel retail fueling stations, one conveniently located in beautiful Ballard. It’s embarrassing and tragic that we’re fighting a war for a resource we don’t need. Now that I have your attention, read onward…}

While growing up, I was constantly surrounded by cars and machinery. Common household items were often replaced with not-so-common car parts. We used distributor caps for pen holders, o-rings for bracelets {hey, it was the 80’s} and for fun spelled our names on wax paper with silicon {before it was famous for making Pamela Anderson what she is today}. My first vehicle was a 1986 Ford diesel Ranger; thus began my fascination with diesels. I even love the smell of diesel fuel {I’m really making myself look attractive here, huh?} In fact, one of my numerous nicknames in high school was Diesel. I wish I were kidding.

In 21st Century Seattle, diesels aren’t as vogue as I hoped they would be… well, unless you’re talking about the clothing line. Two years ago I heard through the family grapevine about my brother’s latest mad scientist project: A 97 Dodge Dakota truck that was fueled by used fryer oil. Let me first attempt to explain my genius brother, Duane. Take the most mechanically-inclined human you’ve ever met, increase his brain capacity by 300 percent and then make him a workaholic, and that comes close to explaining Duane. While most intellects of his magnitude are harvested at a young age and stuck in a think lab or trained as engineers, he has remained a diamond-in-the-midwest-rough, happily content with building a train for his sons that runs solely on magnets, erecting a 14,000 square foot steel building using solar energy as the only power source, heating his house {and water} with used motor oil, or constructing a vehicle that runs on McGrease.

If anyone else would have told me about this truck, I would have told them to stop, drop and roll because their pants were on fire, but of all the seemingly preposterous things Duane does, lying is not one of them {well, except for the one time he told our great Aunt Blanch that the air freshener in our LTD was a turn knob to shift the car into turbo gear, but that’s a whole other article}. Sure enough, a year later I read about other people fueling their diesels just like Duane and discovered this alternative fuel had a name: biodiesel.

33 miles northwest of Duane, in St. Johns, an entire school district switched their bus fleet over to B20 {a combination of 20 percent soy biodiesel fuel and 80 percent regular petroleum diesel}.

1400 miles south of Duane, a 21 year old recent college graduate, Joshua Tickell, left Sarasota, Florida and traveled across the U.S. in an ‘86 Winnebago filled with Long John Silver’s fast food frying oil with a miniature biodiesel manufacturing plant in tow. On his unique journey {which was documented in his online journal} Joshua made stops to local fast food joints to refuel {himself and the van}. The Winnebago became notorious and was dubbed “the veggie van.”}

I’m going to get a little tree-huggish with you — and this doesn’t happen very often, so brace yourself. Not only can biodiesel be used in all diesel engines without any modifications, but it’s also renewable, biodegradable, nontoxic, and essentially free of sulfur and aromatics. You can throw a lit match into a bucket of biodiesel and the fuel will not catch fire. The US Marines have started blending biodiesel with aviation fuel for their ground attack helicopters, making it less likely to catch fire when they are being shot at. In fact, biodiesel is the only alternative fuel to have fully completed the health effects testing requirements of the Clean Air Act. And global warming? A 1998 biodiesel lifecycle study concluded biodiesel reduces net carbon dioxide emissions by 78 percent compared to petroleum diesel. This is due to biodiesel’s closed carbon cycle. The CO2 released into the atmosphere when biodiesel burns is recycled by growing plants, which is later processed into fuel. Fried chicken anyone?

Now I’m going to get a little political on you — and this likewise doesn’t happen very often. Every day Americans use 26% of the of the worlds daily oil consumption and only possess 2% of the world’s oil reserves. That amounts to 19.5 million barrels of petroleum a day, and we import 9.8 million of those barrels — EVERY DAY. The Department of Energy estimates that without adopting new technologies, by 2020 we will need to import 17 million barrels a day, accounting for 2/3 of our daily consumption. Not only is this selfish and incredibly wasteful, it’s also consuming an element that isn’t replaceable.

Alternative fuel sources and fuel economy have been a hot topic the past decade, spearheaded by the Asian automotive company’s hybrid {combo gas and electric} vehicles. Hybrid cars cut down on the amount of oil we’re consuming, but ultimately we need to find an alternative source. European countries have readily embraced biodiesel, because of the ease of fuel availability and the higher prevelance of petrol diesel cars o’er there. France is currently the world’s largest supplier of biodiesel and Germany has more than 1500 filling stations that supply biodiesel.

Yet the country that consumes the most energy {hint: US!} is the most reluctant to move towards change. That makes sense. Luckily, there’s evidence that change is happening slowly, but surely.

Biodiesel is easy for anyone with the right tools to manufacture at home. As crazy as this may sound, making the fuel that makes your car go vroom has got to feel like an accomplishment — surely far more accomplishing than clicking a mouse all day. In fact, there’s even an online biodiesel cookbook for all of you chefs out there. It’s so DIY and indie!

If do-it-yourself petrifies {petrolfies?} you, don’t fret. Because of heightened awareness over fuel shortages and ever raising gas prices, biodiesel is becoming more and more accessible to average consumers. On July 2, 2002 at an Amoco station in Easton Maryland, a pump was christened as the first public pure biodiesel {also referred to as B100} pump in America. As hopeful as that seems, Maryland is quite a drive from Seattle, no matter how clean your exhaust may be. Luckily, in Washington State, we currently have 15 locations to buy National Biodiesel Board approved fuel.

The most attractive feature of biodiesel is that little or no modifications need to be done to a traditional diesel engine to switch over to biodiesel. And anyone that’s ever owned a diesel knows that last forever with minimal maintenance. Remember my previously mentioned diesel Ranger? With over 300,000 miles on her, she still runs like a champ… Well, if you don’t mind a cassette deck, no power anything, a manual tranny and flintstone style holes in the floor {from the rust} so you can see the road passing under you while your driving {again, making myself so attractive here}.

Because of their fuel economy and trendy design, the most popular consumer vehicles for biodiesel are Volkswagens. VW offers a turbo diesel option for their Golf, Passat, Passat Wagon, Jetta, Jetta Wagon and the new Beetle models. Their website boasts their diesels are VW’s most fuel-efficient engine and conventional tune-ups aren’t necessary. Plus, they offer a 100, 134, and 310 horsepower diesels. All for practically the same price as its traditional petroleum counterpart. Hmm, I’m starting to sound like a car dealer now… onward.

{Mechanic’s daughter’s useful caveat} Most major diesel engine manufacturers have affirmed that using B20 in their equipment will not void their warranties. But consider yourself warned, although B100 is also usable in any diesel engine, its use may void manufacturers warranties. This may be because biodiesel has a solvent effect, so if you fill a traditionally-used diesel vehicle up with B100, there’s a chance the biodiesel will release deposits accumulated on tanks and pipes, which could potentially clog your fuel injectors and filters. There’s less of a threat of this happening with B20.

Onto what every girl wants to know: “What about performance?”
Biodiesel maintains the same payload capacity and range as conventional diesel, and provides comparable horsepower, torque, and fuel economy. Biodiesel had a higher cetane number which actually increases the engine’s performance. It also serves as a high-quality lubricant and can enhance the life of heavy-duty engines. Switch over your Dodge Ram Cummins® Turbo Diesel today! Biodiesel vehicles can have cold start problems. This is more of a hindrance for B100 than B20 fuels. B100 will begin to freeze at 25 degrees F. This isn’t a large issue in Seattle where temperatures rarely drop below 30 degrees. A quick fix otherwise? Simply revert back to traditional diesel or to B20 during the cold winter months.

So, what’s the future for biodiesel? While discussing biodiesel vs. hybrid cars with Duane last week, he stated, “I don’t understand why they don’t come out with a hybrid electric/diesel, then you’d have the best of both worlds: great gas mileage AND the option of making your own fuel.” I won’t be surprised if when I go back home for a visit, if Duane takes me for a test drive in his makeshift biodiesel/electric car.