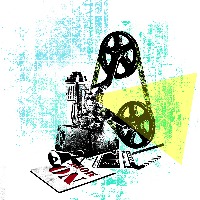 Watch out soundtrack break out artists OMD and the Proclaimers, BOAT is going to be on a big time movie soundtrack!

At last Friday's show I found out the big news and I must say that I am super proud and happy for our BOAT friends.

The movie wont be released until March (or at least that's the current rumor), but it is currently entitled Quebec and stars:

The story goes a little something like this:
Two assistant managers at a grocery chain vie for the top job. The friends, one born in Quebec, are forced to question how far they'll go as they engage in a campaign of one-upmanship to get the coveted post.

The song featured will be "Free the Birds in the Stall" from their last album, Songs You Might Not Like.