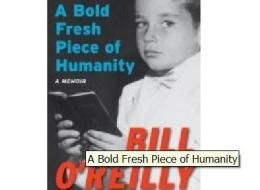 For some reason, the cover of this book has been making me giggle all day long.

Looks to me like a Bold Fresh Piece of… nevermind. Too easy.

Neon Neon is playing a show in London where they are letting anyone in free if they drive a DeLorean to the show. Says P4k:

On July 6, at London's Hearn Street Car Park, anyone who rolls up in an original DMC-12 will receive free admission to the night's Neon Neon gig. Of course, if your personal whip isn't fit for a McFly, you can still get in, but mind that lot over in the corner with the Member's Only jackets: for the first time in a couple decades, they're the guests of honor.

I was going to make an entry that was witty and clever or thought-provoking, but Idolator pointed me to a review of a Pearl Jam show in Miami and I think my brain melted. I'm not sure if I should thank or curse you, Maura:

"Instead, over their two-hour set Wednesday night at a sold-out Cruzan Amphitheatre in West Palm Beach, Pearl Jam chose to offer a semi-obscure selection of songs that excluded many massive hits. Fans cheered predictably throughout the night, but many ended up grumbling afterward, frustrated that favorites such as Jeremy, Black, Daughter, Elderly Woman Behind the Counter In a Small Town, I Got Id and Release were passed over for songs some struggled to identify."

You'd think this was an offering from Yelp, wouldn't you? No, it's by a "professional" music critic employed by the Miami Herald, Michael Hamersly, and there's so much more where that came from. Like the way he calls Eddie Vedder's outfit "appropriately grungy" and the way that "Yellow Ledbetter" has a guiding riff that's "Red Hot Chili Peppers-like."

I mean, I know that every writer has a day when they have to hack out a piece on deadline—and the headline "Pearl Jam picks puzzling song selection" doesn't exactly inspire confidence in the editorial team over there—but at least be creative, y'know?

You can read the whole, unadulterated review here. If you feel masochistic today.