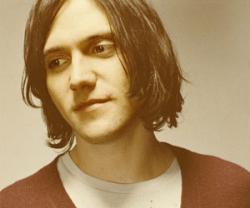 Bright Eyes at Olympia's Capitol Theater: Letting off the rock!

Last night's Bright Eyes shows was one of my favorites. The set list was all over the place touching on nearly every release (he has a ton of releases so he touched on all that are humanly possible). I even got teary when he launched into "Padraic my Prince" (from Letting off the Happiness). Later in the set he NAILED "Arc of Time" (from Digital Ash from a Digital Urn) – it's usual incarnation is all-digital and I haven't seen it performed from the Digital Ash tour. The live band version was a wonderous feat unto itself.

I am so thankful I made the drive down to Olympia in the pouring rain on a school night. Now I have to go find the blog of the two ubersuperfreakout fans in the front row… although there is a possibility they might have exploded from bliss overload after the show. Their crazy spastic enthusiasm was beyond blatant if not somewhat distracting. But then again, I'm not going to point fingers since I've been known to lose my cool in the presence of indie-rock heroes, too. Although, for the good of everyone's health, it should be pointed out that it's a bit over the top to commit the crimes of intrusive arm pump in the air throughout the entire show or the "we're not worthy bow."

AND OH MY GOD HE ENDED THE SET WITH A BRAND NEW SONG!!! I THINK IT ROCKED SOME PANTS OFF! I love my fellow Bright Eyes fans so much… they are as obsessive as I am… and they've already put video up on YouTube. Here's lo-fi footage from the Spokane show a couple nights back. It is totally rawk! I guess it makes sense. He's already conquered electronic, folk, country, indie rock, emo… he might as well have a rock your pants off album.