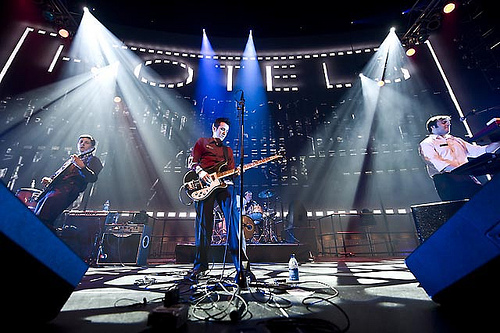 Bumbershoot: one day down. What's next for you? 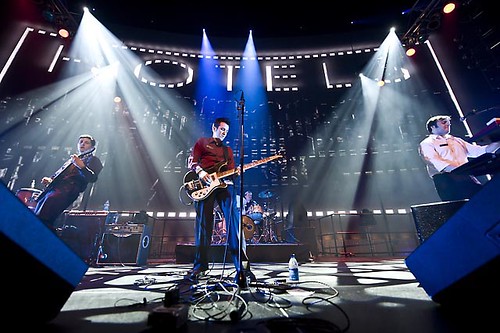 The above photo from TIG’s awesome photographer Jason Tang makes me wish I caught Hotels set (which is one I knew I’d regret missing throughout the weekend).

UH HUH HER was a mostly entertaining set, but there was a lot of MOR filler thrown in. At their best, their a sexy, synth pop dance band. With two female harmonies, they can recall Ladytron (they are on the same label, Nettwerk). Still during the middle of their set, they put the electronics and hooks on the back burner. This was their first time in Seattle, which I didn’t know. They said their shows kept getting canceled for a lot of “weird shit” like their bus “driver getting lost in a blizzard”. I’m glad I saw them and did like when they played their singles like “Explode” and “Not a Love Song”, but I was also wondering what I was missing elsewhere.

De La Soul, though, was thrilling every second they were on stage. Backed by the funky Rhythm Roots All Stars, this was the best show I’ve seen all day. The band was so tight but still funky and improvised when they needed to be and the energy De La Soul brought to the night was pretty amazing. They were celebrating the 20th anniversary of their masterpiece Three Feet High and Rising, and, as a friend messaged me to point out, they were playing to a huge crowd where the majority of people weren’t even born when that album was released.

De La Soul played a lot of favorites from Three Feet High like “Jenifa Taught Me (Darwin’s Revenge)” and “Me, Myself and I” as well as some great cuts from De La Soul is Dead like “Ring Ring Ring (Ha Ha Hey)” and “Pass the Plugs”.

I’ve got on my docket today: USE, Vivian Girls, The Kindness Kind, Raphael Saadiq, Sleepy Eyes of Death and, if still have any energy left, the USE afterparty at Havana. I may have to adjust my schedule to hit more stuff indoors, weather permitting. What about you?