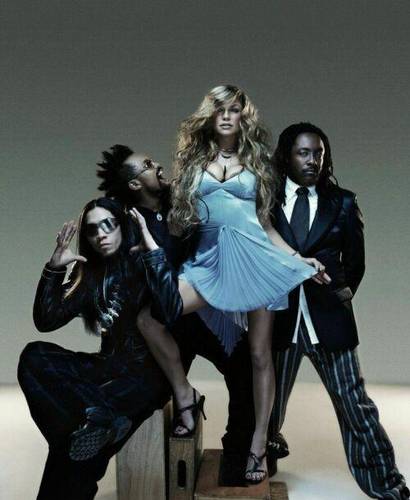 The case against Black Eyed Peas is a rather compelling one: one of their biggest hits was “My Humps” (a monstrosity, even to my pop-loving standards); they had another single called “Let’s Get Retarded”; Fergie might be the most-loathesome pop starlet today (I have a much easier time defending Katy Perry [she’s not that bad] and Lady Gaga [actually, she’s pretty awesome]); Will.I.Am’s Pepsi commercial where he annoints himself as this generation’s Dylan, literally, is probably the most arrogant 60 seconds I’ve ever watched; they’ve sold so many songs to commercials that it has crossed over to shameless whoring and this list could go on and on.

Yet, I’ve found it in my heart to forgive Black Eyed Peas for everything above and all other sins I didn’t have the paitienceroom to include because they’re responsible for something that was necessary and benefited the arts community as a whole. I’m not, of course, talking about that “Yes We Can” video but the actual use of physical violence against Perez Hilton. I normally never wish to see violence used against anyone, especially passive-aggressive bloggers, but the event that triggered it (Hilton’s use of a homophobic slur) has led to his unraveling – and hopefully his disappearance (literal or figurative, I don’t care).

Because Black Eyed Peas were the first to smack Perez Hilton around, the least I could do is say a few nice words about them.

Black Eyed Peas are a superstar group and last month they broke a long-standing record by occupying the number one spot on Billboard’s singles chart for seventeen straight weeks (“I Gotta Feeling” was a number one single for five weeks, followed immediately by “Boom Boom Pow”, which was a number one hit for twelve). It’s somewhat inexplicable, but there is one BEP song I do really like. It’s “Sexy”, which is from their 2003 album Elephunk. It’s notable because it features guest Sergio Mendes’ piano working great in tandem with a slow, drawn-out bassline. Even Fergie cooing “yeah” sounds erotic. It’s also the second most famous song John Travolta and Uma Thurman danced to in the movies.

Black Eyed Peas play on the Main Stage on Monday, September 7 at 3pm.