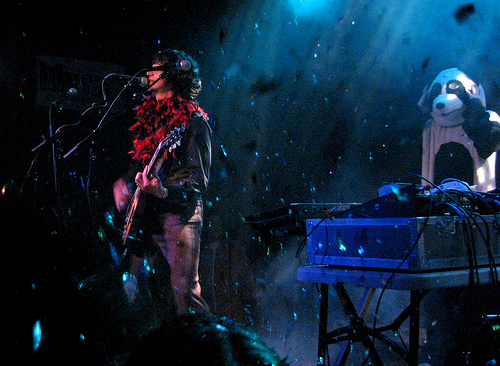 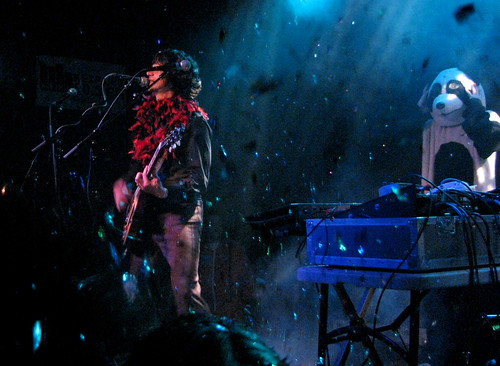 Head Like a Kite has long been an imaginarily favorite band, especially live. The duo of frontman Dave Einmo and drummer Trent Moorman are two musicians who understand music inside and out. Listening to HLAK is a joy because they are often experimenting with textures or different instruments while still going ahead and rocking. There are so many different ideas bursting out of a HLAK song, but Einmo and Moorman still hold it together and make it sound cohesive.

The last record, There is Loud Laughter Everywhere, was reviewed here by my friend Chris Estey, who raved:

The sophomore release from Head Like A Kite sounds like a mix-tape of rare, alternate twelve inch versions of radio smashes from a DJ who has collected a library of great music you somehow never heard before. As HLAK frontman Dave Einmo himself claims, “I wanted to create a record that sounded like big beat remixes of songs that didn’t yet exist.”

When I reviewed the band’s debut a couple of years ago {review} much was made of the “soundtrack” quality of what the band does: Live, Dave bashes on the guitar with perfectly good rock song chords but tweaks them and torques noises from gimmick boxes and keyboard mutants as drummer Trent Moorman drives the beat entirely on the one but with plenty of space for the weird, otherworldly lyrical imagery and Einmo’s controlled trip-hop jams. Local artists such as Graig Markel and Zera Marvel join the duo in constructing a soul base to a carnivalesque lexicon of words and sound.

I agree with Chris’ review and did thoroughly enjoy that album, but the live setting is especially where the band excels. Their shows are wild parties that often include costumes, confetti and often special guests but no show is identical. Still, that doesn’t distract from the music; it’s still about watching Einmo and Moorman create glorious noise together.

Here’s a video the band made for their moody and atmospheric single “No Ordinary Caveman”:

Update: Head Like a Kite plays at 9:15pm in the EMP Sky Church on Monday, September 7.