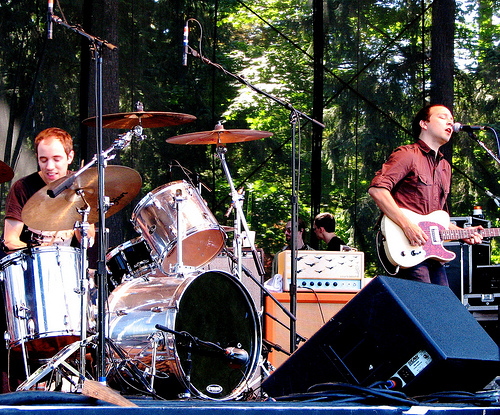 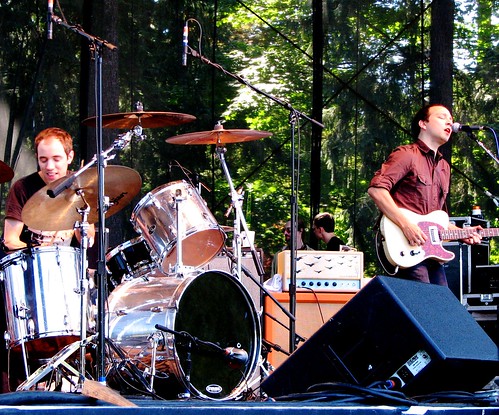 Dynamic duos abound in music, reducing the idea of the four piece indie-rock band to a simpler two person endeavor to create resonant art. The Helio Sequence has been a great example of one such band comprised of singer/guitarist Brandon Summers and keyboardist/drummer Benjamin Wiekel. These guys may have a reduced lineup, but they maintain a complex sound that highlights both of their talents functioning in perfect symmetry. The guitar melodies accompanied perfectly by the drums beats allow Summer’s vocals to float effortlessly on top of their ambient synth infused pop songs.

And the story behind Summers’ vocals is one of overcoming. While on tour in 2004 for Love and Distance, Summers lost his voice and was instructed not sing for at least two months. Their subsequent album, their 2008 sub-pop release, Keep Your Eyes Ahead, shows Summers’ growth as a singer as a result of vocal instruction. His lyrics are solid and precise, their structure blending into the day-glow of their catchy yet subtle tunes. You can bask in all the glory of The Helio Sequence at Bumbershoot on Sunday at 9:30 on the Broad Street stage.