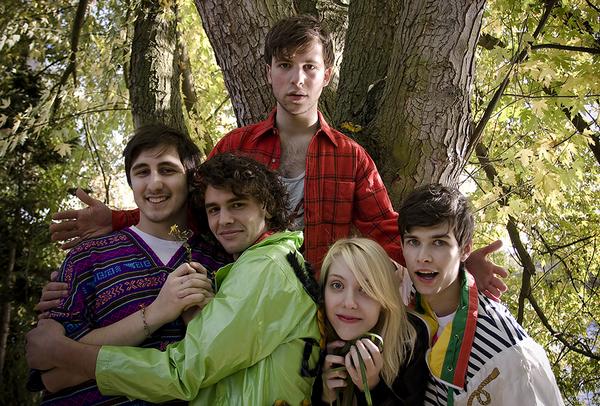 If you are looking to dance on Fischer Green during Bumbershoot, Natalie Portman’s Shaved Head will deliver the beat to get you moving your feet. Their electro thrash has been garnering them attention since their debut show at the opening of 826 Seattle in 2004. Last year they released their first full-length album, Glistening Pleasure, and they have recently wrapped up a tour with Lily Allen. They mix together MGMT dance hooks with Le Tigre tongue-in-check lyrics and melodies that make them widely appealing.

These kids are not messing around and you should return the favor by checking them out because they don’t fail to deliver a good time singing songs about facial hair to a bunch of kids with facial hair. Heck, even if their flair for combining sing-along harmonies with hand claps and Technicolor keyboards layered over each other till you go cross-eyed, doesn’t appeal to you, it will still be a spectacle worth watching. See them Saturday at 2:30 on Fischer Green during Bumbershoot or see below, if you don’t believe me.

(Photo by Stefan Moore from myspace.com/natalieportmansshavedhead)