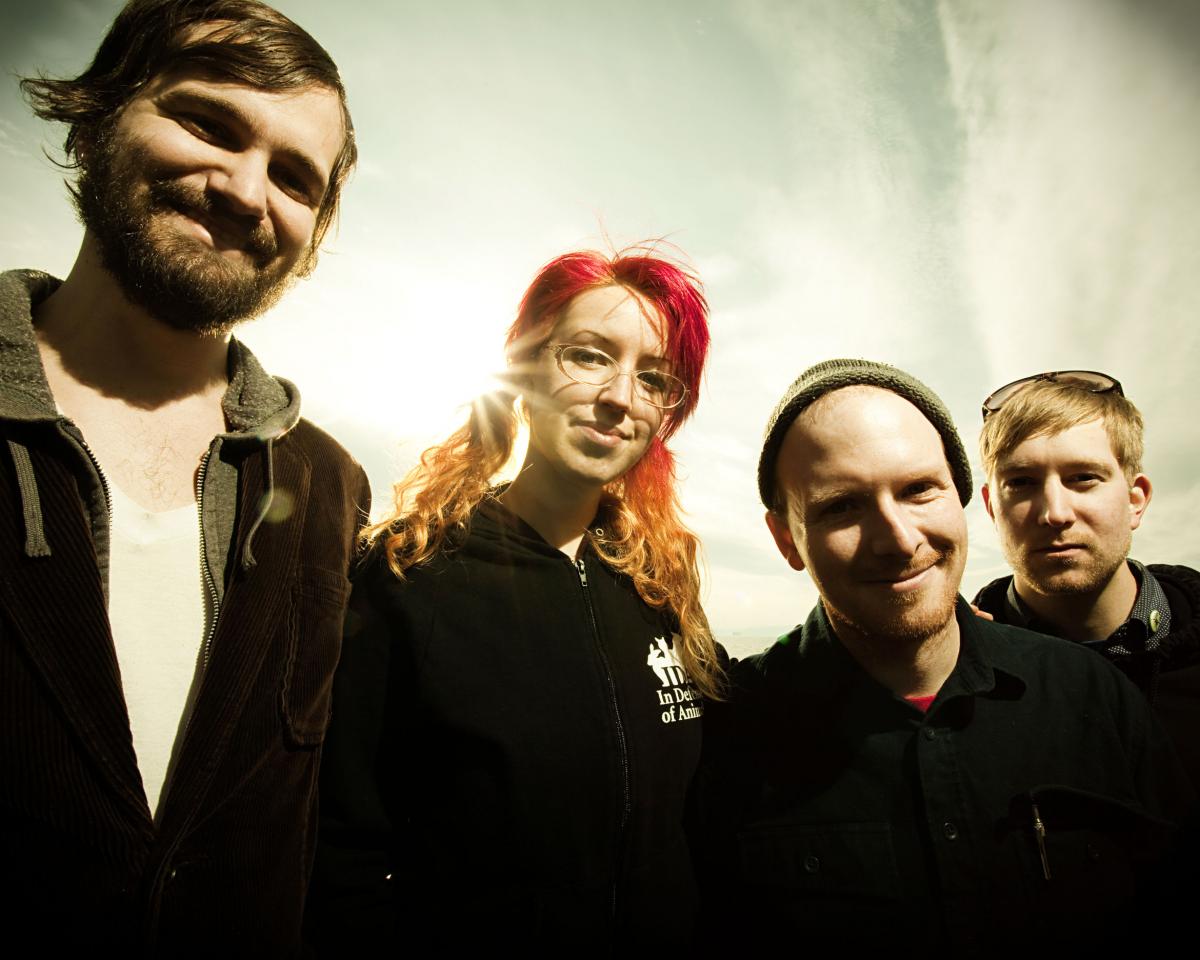 On Point Juncture, WA’s website, they helpfully point out that “it’s a band, not a place.”

It’s actually quite a relief that I don’t have to try to draw parallels between a place I’ve never been and the band’s music.

Point Juncture, WA is a Portland-based, four-piece band that uses atmospheric instrumentation (including a vibraphone!) to complement their low-tempo, blissed out indie rock. The effect is often really shimmering and beautiful with the electronic melodies complimenting the male/female harmonies. That would be fine if that was all that they did, but the members of Point Juncture, WA aren’t content to being a straight-forward indie rock band with electronic flourishes and the occasional time change. Take my favorite song in their catalogue, “Sioux Arrow”, which gets injected with some noise and chaos during the song’s last two minutes and makes for some beauty in its own right.

The band released their most recent album, Heart to Elk, on local label Mt. Fuji earlier this year.

Here’s the video for “Sioux Arrow”: