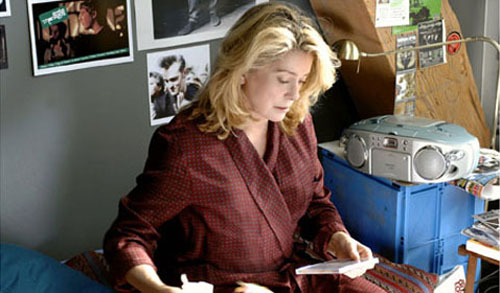 Apres Lui: Franck kills Mathieu in a car crash, then Matheiu’s mom Camille ( the ever gorgeous Catherine Deneuve) falls for him. Premiered this year at Cannes.

London to Brighton: A tense thriller told in flashbacks with 5 characters in 24 hours. BAFTA-nominated for Most Promising Newcomer.

The Class (Entre les murs): A French teacher plays a version of himself in something-kinda-sorta-like a documentary that might be like what actually happens in his school. The students are played by actual students, no actors. Won the Golden Palm at Cannes (2008), Oscar-nominated for Best Foreign Film.