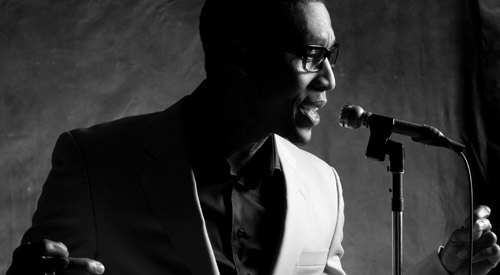 Raphael Saadiq’s last show in Seattle was a sold out affair at the Showbox, but he had mostly traveled under my radar. I was curious to learn more about him because people were asking me if I could get them into the show (I couldn’t, not that I tried). After a few minutes of cursory research, it was easy to see why so many of my friends were smitten.

Saadiq is a soul singer who is not lacking in sex appeal. He first began his music career as the lead singer and bassist for the R&B trio Tony! Toni! Tone’! (whose work I was familiar with from my teenage years), when he was known as Raphael Wiggins. He began his solo career in 2002 and his debut album, Instant Vintage, was nominated for five Grammy awards. His most recent album, The Way I See It, was named Album of the Year by the staff at iTunes and was nominated for a Best R&B Album Grammy. It also has names showing up in the credits like Jay-Z, Stevie Wonder and Joss Stone.

My favorite song of his is “Let’s Take a Walk”, which would sound like it belongs on the radio in between The Temptations and The Four Tops, if the lyrics weren’t so sexual. That’s definitely the vibe that Saadiq is going for, as it’s confirmed by the video below.